News videos affect whites’ awareness of racism in US 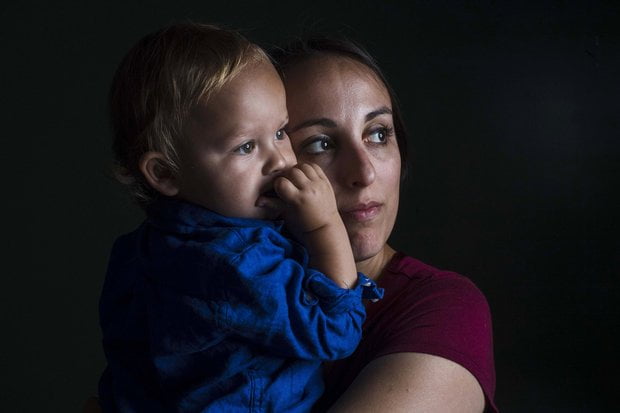 Not long ago, Becky Deen Tai would never have imagined herself attending a civic meeting about police officers’ treatment of African-Americans.

She’d grown up a white girl in a family with roots in the Deep South, and only recently had become “more aware of how unaware I am,” she said, later recalling her astonishment at learning via social media that black mothers often lecture their sons on how to avoid being targeted by law enforcement.

Yet Tai had felt compelled to attend the recent forum in Silver Spring, Maryland, after watching a stream of amateur videos in the news showing fatal encounters between police and blacks across the country. There was Ferguson, Missouri, South Carolina, Minnesota – that very week, in fact, a video had flashed of a Miami policeman shooting and wounding a black male caregiver, even as he lay on the ground with his hands raised.

“Now they’re taping it, and it’s harder to stay away,” said Tai, 53, a special education teacher who moved to Silver Spring from Atlanta a year ago. “I didn’t have to think about the problem because I didn’t have to see it. Now it’s in front of me.”

As the nation’s first African-American president completes his second term, the country’s racial divide has grown more pronounced, bursting into full view during heated debates over issues such as income inequality, jobs, educational opportunities and, perhaps most prominently, how the criminal justice system treats blacks.

The change in sentiment is visible in a growing number of whites attending Black Lives Matter protests and staging rallies focused on racial justice, as well as the Black Lives Matter T-shirts worn by the mainly white Wyoming delegation at the Democratic National Convention. Yet in many cases, the evolution is far more subtle, surfacing in unspoken shifts in perspective, a change in the tenor of everyday interactions or desires to gain greater understanding.

Many whites remain intolerant in their racial views, yet recent polls have shown that a growing percentage of whites think that the country needs changes to give blacks parity with whites.

A Washington Post poll asking this question last year found 53 percent of whites saying more changes are necessary to ensure equal rights for black people, jumping from 39 percent before Michael Brown’s death in 2014. Concern about equality rose among both white men and women, those with and without college degrees, and among white conservatives and liberals.

The shift was not fleeting. An identical 53 percent of whites in a Pew Research survey this spring said more changes are needed to ensure equality. Dealings with police stood out as the area of greatest concern, with half of whites saying that blacks are treated less fairly in such encounters.

In interviews, some white Americans said that Trump’s rise and the overt racism and xenophobia voiced by some of his supporters have heightened their awareness of racial fissures.

But news reports about African-Americans dying during encounters with officers have been especially jolting, providing whites a glimpse of what blacks long have insisted was commonplace.

Patricia Wudel, 63, the white executive director of a hospice center for the homeless in Washington, D.C., said she realized that her sense of the African-American experience was far too limited several years ago as she ate breakfast with colleagues after a Florida jury exonerated George Zimmerman in the shooting death of Trayvon Martin.

“I said, ‘I can’t believe they let that guy off,’ ” Wudel recalled. A black woman seated next to her, she said, “so close, our arms were touching – had tears coming down her face and she whispered, ‘I always knew he would.’ ”

“In that instant,” Wudel said, “I realized that her response surprised me, and I knew my world view was too small. And I knew I had to make room and to talk to people.” As a result of her deliberations, Wudel said she felt compelled last year to attend the funeral of a stranger – Freddie Gray, the black man who suffered fatal injuries while in the custody of Baltimore police.

As she got out of her car in downtown Manassas, Virginia, a 68-year-old white woman said the incidents involving police and blacks were a reminder of the advantages available to her that African-Americans don’t have. “I’m looking for ways to dig into white privilege, to become more cognizant of it,” said the woman, who spoke on the condition of anonymity because she said she fears retaliation from racist whites.

When an African-American opens the door for her, the woman said, she finds herself making a mental note to be sure to open the door for a black person when there is the opportunity. She also told her neighbor – a black woman – to no longer refer to her as “Miss Beverly” because it made her uncomfortable.

As for the police, the woman said she is “rethinking” her long-held belief that stories of misconduct were the result of a few bad officers. “You hear about so many you have to wonder if it’s more than a few,” she said.

A block away, Alanna Mensing, 34, who was walking with her 18-month-old son, said that when she takes the boy to play groups, she thinks about what black children will face when they grow up.

“A few years ago, that would never have occurred to me,” said Mensing, a music teacher. She said she becomes upset when she reads about racial incidents on social media.

“I feel insanely guilty about everything,” Mensing said. “I feel guilty that it’s not white people who are getting shot. It’s always black people.”

In the 1950s, the driving force behind the civil rights movement was a nexus of black church and community leaders who organized protests such as the Montgomery bus boycott. All of the participants were African-American.

It was not until 1960 when large numbers of whites became involved in the movement, joining sit-ins at a Woolworths in Greensboro, North Carolina. They joined the Freedom Riders through the South, attended the March on Washington in 1963, and traveled to Selma, Alabama, in 1965 after Bloody Sunday.

Whites’ participation, said Taylor Branch, the historian who has written a widely praised history of the civil rights movement, helped disseminate the importance of the movement to the broader public.

“It meant a lot to have distinguished, highly credentialed white people submitting to the discipline of a movement run by black people,” Branch said. “There were some white people across the country who wouldn’t care about black people going to jail in the South. But they would care if some college students from Yale got beaten up or killed.”

Referring to current demonstrations against law enforcement, Branch said: “It’s vital to have white people involved in the issue of police justice because it makes it not purely a racial issue of black versus white. This is about right versus wrong.”

The echo of the civil rights movement is partly what drew Lisa Reed, 58, a paralegal, to attend the Silver Spring forum sponsored by the Montgomery County, Maryland, government last month. Before an audience of more than 400 people, African-Americans stood and recalled what they described as unwelcome encounters with the police.

The evening’s most riveting moments included when a white woman recalled her recent outrage over seeing police officers pulling down the pants of a black man they had detained on the street.

“I kind of felt like the civil rights movement had passed me by, and I realize now that it hasn’t,” Reed said later. “There’s a lot to be done.”

While she looks for ways to become involved, Reed also revisits her own background growing up in Atlanta. Whether she likes it or not, she said, she was influenced by her father, a man she described as prejudiced who told her when she was 10 that Martin Luther King was assassinated because he was a “rabble rouser.”

“You can’t be raised with the level of isolation that I was raised with without absorbing certain prejudices,” she said. All these years later, she said, she finds herself aware of reflexive perceptions such as when she encounters a black attorney and thinks it’s unusual.

“It took a long time of me stopping my brain and telling myself that was a stereotype and to let it go,” she said. Instead, she tells herself: “This is a person who attended law school and has a family. This is not an exception. This is what black men do.”

Like Tai, Joel Teitelbaum, a white retiree who lives in the suburbs of the District of Columbia, said he has become more focused on race after watching the videos of police shootings on the news.

“The nation has crossed the line of fracturing the decency of our relationships with one another with the repeated violence against minorities,” said Teitelbaum, 77, an anthropologist. “We’ve got to consider what’s happening.”

The night after the Silver Spring forum, a second meeting was held in Germantown, Maryland, this one also drawing an overflow crowd that was a mixture of blacks and whites.

Barry Filderman, 57, a white mortgage-loan officer who lives in Potomac, Maryland, attended the meeting because he “wants to understand” black anger toward the police. “It doesn’t happen to me,” he said.

Yet Filderman also considers himself “pro-police.”

Seated in the same row, Sylvia Darrow, 79, said she went to the meeting primarily to support the police. She described herself as “sick and tired of hearing the term ‘white privilege,’ ” and added: “We need to squelch some of this perception that the police are brutal and they’re mistreating people of color.”

Yet, after listening to more than a dozen African-Americans speak about their experiences with the police, Darrow also came up with an idea.

A raffle designed to raise funds for survivors of police who are killed could also be used for another purpose: to help sponsor meetings at which African-Americans and police officers can talk to one another.

“I guess I do have the sense that maybe we do need to have more dialogue,” she said.