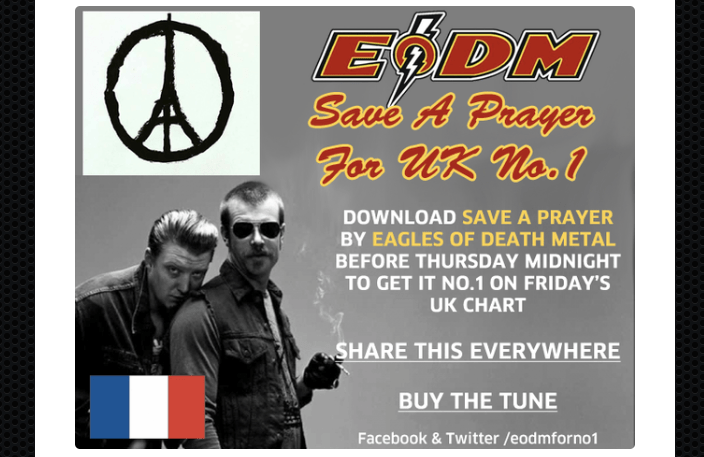 DEC 3, 2015 – NME.com is reporting that U2 offered the band Eagles of Death Metal the use of their private jet the night of the Paris attack, but they needed new cell phones instead, and Bono said, “I spoke to Julian [Dorio] and to Jesse [Hughes]. But that was the best thing, Jesse said, just getting the phones to be texting and all the stuff that you do — social media — to find out what’s going on. Their phones were in the venue.”
Read more at http://www.nme.com/news/eagles-of-death-metal/90112#dDHDvw8Qz6m0qc0P.99