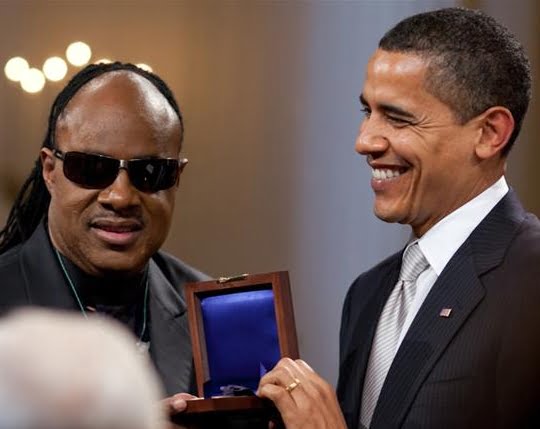 MUSICAL ACTIVIST ALSO CALLS FOR BETTER ACCESS FOR THE DISABLED

NOV 13, 2014 – Stevie Wonder spoke out against many issues at his 2014 tour kickoff concert in New York city last Thursday (NOV 6), commenting about several issues such as gun control, racism, and even better services and access for the disabled. Playing at MSG, the musical-activist challenged America “to let hatred go, to let racism go, that is the only way we will heal as a nation and the world.” He also made gun control a major feature of his activism, inviting the family of Ana Grace Marquez-Greene, one of the children slain at Sandy Hook on that terrible day back in 2012. He acknowledged Ana’s father Jimmy Greene in the audience and said, “The only thing that guns do is make the gun manufacturers rich and the mortuaries richer.” Wonder also called for better services for the disabled, such as the blind, the paraplegic, the deaf and more to have expanded and better city services and access in New York City, such as ramps, crosswalk signals with audio and more. Read more on Billboard.com here:

Chicago Trib: Edge from U2 talks up food as an anti-cancer weapon

'AP: Stevie Wonder Speaks Out Against Racism, Guns' have no comments