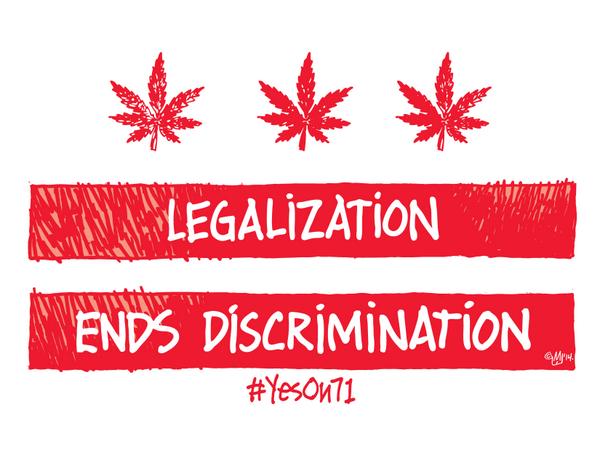 NOV 5, 2014 – There were three very important election results from yesterday’s elections across the nation concerning cannabis. First, Oregon voters went  to the polls and have voted to lift the prohibition on cannabis, and allow citizens to consume cannabis legally. DC voters also went to the polls yesterday and voted overwhelmingly “FOR” Initiative 71 to lift cannabis prohibition (only in residential areas of DC, not the Federal Enclave). Being a DC citizen and voter, I voted “FOR” Initiative 71, because I think the “War on Drugs” is insane and needs to cease immediately. Drug addiction is a health issue, NOT a criminal issue. Second, I don’t want the government telling me whether I can smoke cannabis or not (as long as I am not driving), who I can have sex with, who I can marry, which “God” to pray to, or any other private issue. Leave me alone. Build the roads and bridges, run the health care and welfare system, run the utilities, and leave people alone.

DC will of course will NEVER have cannabis hookah bars on K Street, but there may be a way for citizens to obtain it discreetly similar to a manner that one gets liquor at a liquor store. We all know there are too many liquor stores in poor areas of DC, so why not instead of them drinking alcohol and getting violent, let them purchase cannabis and they will be calmer and there will be less fights and crime? For now DC citizens have to magically transport their cannabis to their residence, and once there it will be “legal”. Perhaps citizens will have to order it and have it delivered. Oregon will most assuredly have cannabis dispensaries and cannabis hookah bars on every corner. Oregon is on my short list for places to retire to, along with Colorado. 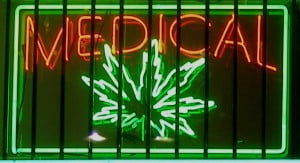 In a shocking result, the measure to legalize cannabis for medical uses in Florida fell 2 points short and did not pass. It turns out the measure was to amend the state constitution, and the high threshold of 60% just couldn’t be overcome. Read more about the results on NPR.org here.  (photo credit: dcmj.org)