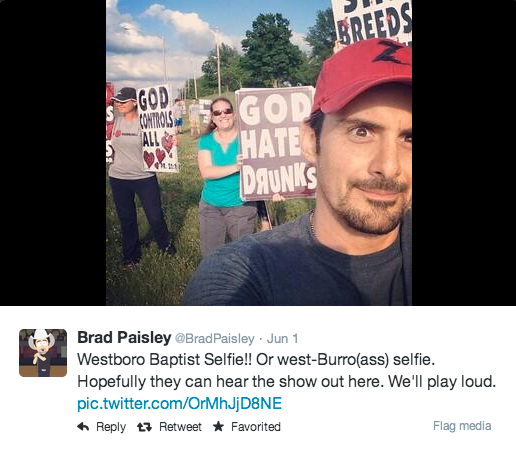 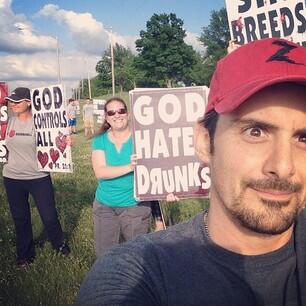 June 3, 2014 – Fresh off a flight with President Obama on Air Force One visiting Afghanistan, Brad Paisley took time off before a concert in Bonner Springs, Kansas to take a selfie with him and the Westboro Baptist Church protesters with the comment, “Westboro Baptist Selfi!! Or West-Burro(ass) selfie. Hopefully they can hear the show out here. We’ll play loud!”. He posted the selfie on his Twitter page and the photo Tweet has since been favorited and Re-Tweeted thousands of times by his followers. The Westboro Baptist Church protests Brad Paisley’s shows frequently protesting against alcohol, sin and fun. Follow JTMP on Twitter here.