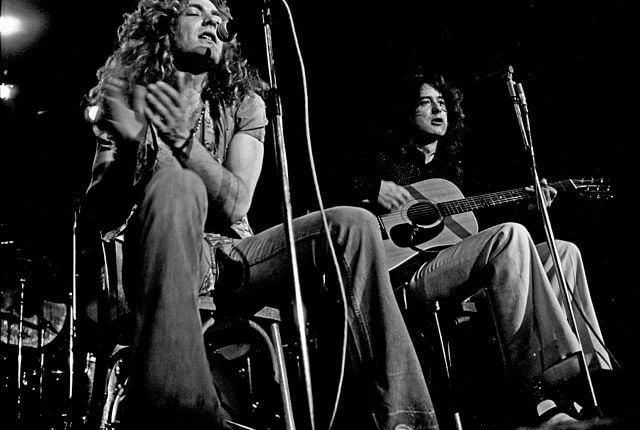 MAY 20, 2014 – Vernon Silver of BusinessWeek.com has come out with a startling piece about a Trust representing a deceased musician from the band “Spirit” that toured with Led Zeppelin in the 1960s that is suing the band for allegedly stealing the guitar riff of the song “Taurus” for their opening riff of their signature song and Rock and Roll masterpiece, “Stairway to Heaven”. The Trust makes the case that the song “Taurus”, written by Randy California in 1969 and played on stage when they toured with Led Zeppelin, and was most likely overheard by Jimmy Page, was then subsequently plagiarized by Jimmy Page and Led Zeppelin 1 year later in 1970. Mr. Page maintains he wrote “Stairway to Heaven” in Wales in 1970. I didn’t know this, but apparently there have been small pockets of people who have been trying to make the case for decades that the songs sounded eeerily similar. I am a musician and songwriter, and after listening to “Taurus”, and taking into account Jimmy’s sloppy respect for song writer credits on his first few albums, I feel that the Trust has a pretty good case. Copyright protection doesn’t protect sales of the song after three years, but since Jimmy and Led Zep have released their first 3 albums digitally remastered in a Box Set, and are set to release “IV” with a a “cleaned up” and remastered version of Stairway to Heaven, the Trust wants to either cash in on the gravy train or block the release of album “IV” or that particular track. Would Led Zep release “IV” without Stairway to Heaven? Unthinkable. They may be also trying to give Randy California his due finally, I don’t know. This is shocking news to the music world, for Stairway to Heaven is like the “Anthem of Rock and Roll”; and if the Trust wins his case it would have HUGE repercussions. Listen to “Taurus” below, and judge for yourself.