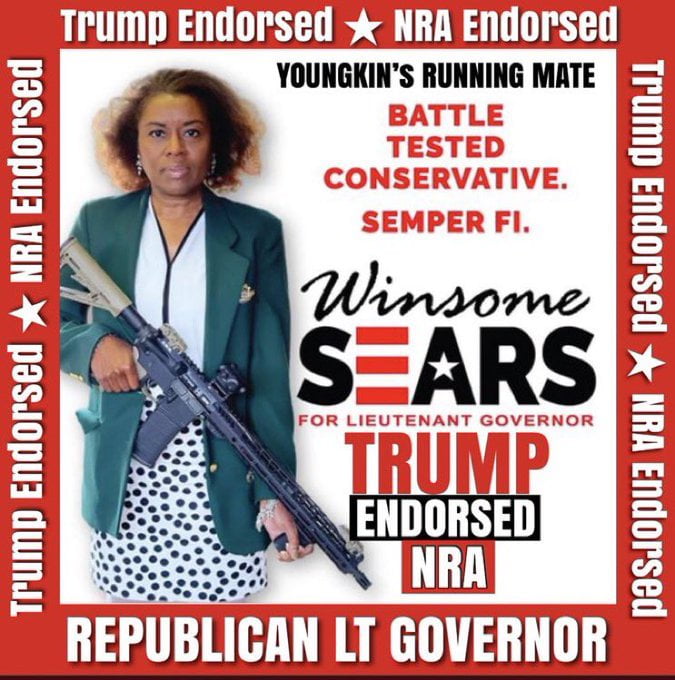 Yes, it’s pretty bad when your biggest supporter and defender says it’s over and it’s time to move on. But here we are in this day and age where MAGATS have had enough of the same old tropes and feel like they no longer need, want or desire Trump in the party.

Sears made the comments in a Fox Business interview, where she lauded Trump’s Oval Office accomplishments related to black unemployment, education, and public safety, but said that the results of the 2022 midterm elections indicate that voters “want a different leader.”

“I could not support him. I just couldn’t,” Sears told host Neil Cavuto.

“The voters have spoken, and they’ve said they want a different leader,” Sears, a former US Marine, told Cavuto.

The Republican red wave that many predicted never materialized despite President Biden’s low popularity ratings and polling indicating that voters’ primary concerns were economic ones that they also said the GOP was better equipped to handle.

Several Trump-endorsed candidates lost key House, Senate, and gubernatorial races on Tuesday or are in danger of losing, and many in the GOP have pinned the blame on Trump.

“I would certainly like to see the party move forward. There are a lot of rising stars,” Congressman-elect Mike Lawler — who defeated Rep. Sean Patrick Maloney, the Democratic Congressional Campaign Committee chairman, in New York’s 17th Congressional District — told The Post.

“I think we’re going to have to do a lot of soul-searching and head-scratching, looking through and parsing the numbers as to why we didn’t perform as well as we would have liked to,” Ryan told Wisconsin TV station WISN on Wednesday.

“I think Trump’s kind of a drag on our ticket,” he continued, adding that Trump “gives us problems, politically.”8

“I think we just have some Trump hangover. I think he’s a drag on our office, on our races,” Ryan said.

Trump is reportedly being advised to delay next week’s “very big announcement” — during which he is expected to launch his third straight White House run.