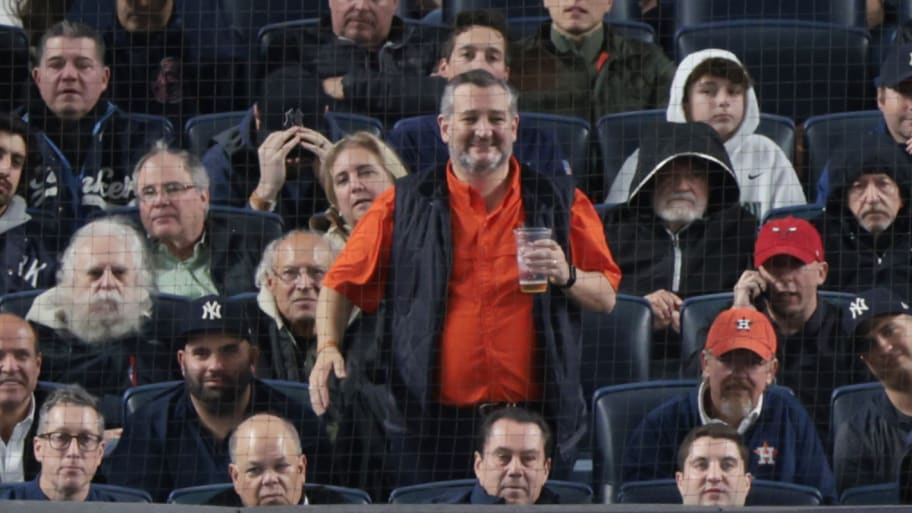 Yes, Ted Cruz is a dumb bastard, and yes no one likes him. And yes people wish he would just go away, maybe to some prison somewhere where America can be done with him. But sadly that won’t happen any time soon, but that won’t stop those great Americans from telling Cruz what they actually think of him. below:

Yankees fans were upset with their team’s loss against the Houston Astros Sunday night—but some seemed even more annoyed by the presence of Sen. Ted Cruz (R-TX). A picture shared on Twitter showed Cruz’s wave to spectators at Yankee Stadium being greeted with multiple fans raising their middle fingers in return. One of the swearing spectators appeared to be standing right by the senator in the same row, while another fan giving an enthusiastic thumbs-down to the lawmaker appeared just behind him. Cruz attended the game to support the Astros and shared a smiling selfie at the stadium. “Minutes from opening pitch in Yankees Stadium. #GoStros” Cruz tweeted. The replies to his message were filled with commenters linking to the picture of him being flipped off, captioned with the phrase: “Ted Cruz getting a proper Yankee Stadium welcome tonight.”