Oct 17, 2022 6 Months Reco, Contempt, Destroy Democracy Get A Free Pass, Getting Away With It, J6, No Justice, Steve Bannon 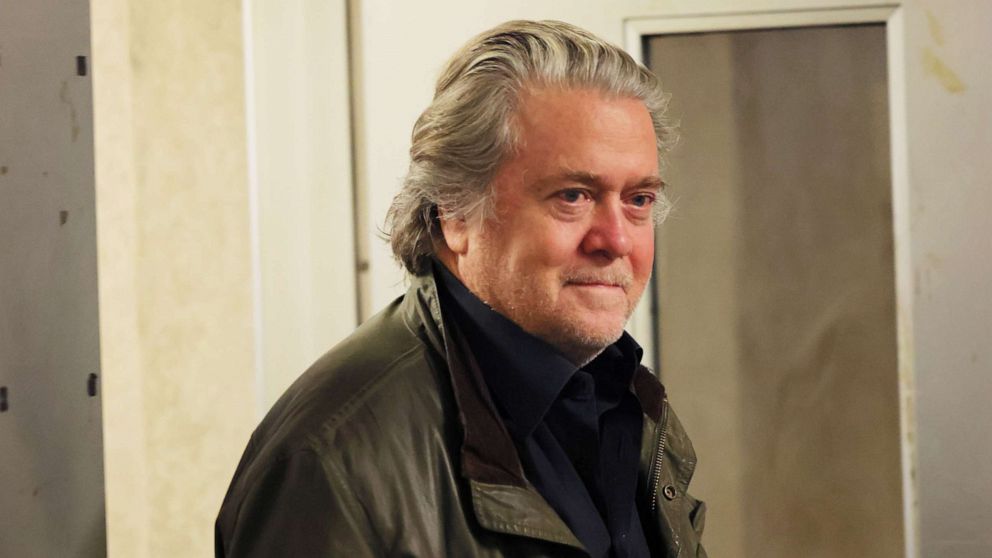 The DOJ, showing its utter contempt of the American people, tells the Judge in the Steve Bannon case they only seek 6 months jail for Bannon. Judges typically go lower than the recommendations of prosecutors, so I expect the Judge in this case to swing much lower, possibly 30 to 90 days total. So, let’s get it totally straight here. You want to help, conspire or act against the United States of America, give aid and comfort to its enemies, help an insurrection get started, rip off donors, pretty much do anything and everything in your power to bring the United States government to its knees, you only get 6 months or less in jail.

What’s next, robbing banks get you a free pass or probation? Murder get you 30 days in jail? Why not just eliminate crime altogether? Might as well have a PURGE movie, where we go a day where you can get away with anything and everything, because that is what the DOJ is offering here. Bannon faced up to a year in jail for refusing to comply with a congressional subpoena. But prosecutors have only recommended he get 6 months, and the judge will probably go lower to 3. He may even give Bannon probation. So, justice is not served here at all. If this were regular folks, you’d be doing hard time. But if you’re rich or part of the elites who are destroying this country, you get a free pass. And that bit about we want to ensure that this never happens again part? That’s bullshit. You offer 6 months and he gets 3 months, its a sign that you are going to do it again, but next time much worse.

Oh and, of course Bannon will appeal, and of course he won’t go to jail right now, he’ll appeal and keep appealing until there is nothing left to appeal, and then he’ll get a pardon with some Republican President years down the road. So, in essence, Bannon won’t see jail for this contempt of congress, and the DOJ isn’t sending any type of deterrence message for anyone who defies a congressional subpoena. It’s all just bullshit window dressing to make Americans think that justice actually works for all.

The Justice Department is recommending a six-month prison sentence and a $200,000 fine for former Trump aide Steve Bannon due to his failure to comply with a subpoena to appear before the House Select Committee investigating January 6.

In a filing Monday, the Justice Department said “the rioters that overran the Capitol on January 6 did not just attack a building—they assaulted the rule of law upon which this country was built and through which it endures.”

“By floating the Select Committee’s subpoena and its authority, the Defendant exacerbated that assault,” the Justice Department wrote. “To this day, he continues to unlawfully withhold documents and testimony that stand to help the Committee’s authorized investigation to get to the bottom of what led to January 6 and ascertain what steps must be taken to ensure that it never happens again.”

The DOJ said that respect for the rule of law is “essential to the functioning of the United States government and to preserving the freedom and good order this country has enjoyed for more than two centuries.”

Bannon’s attorney did not immediately respond to Fox News’ request for comment.