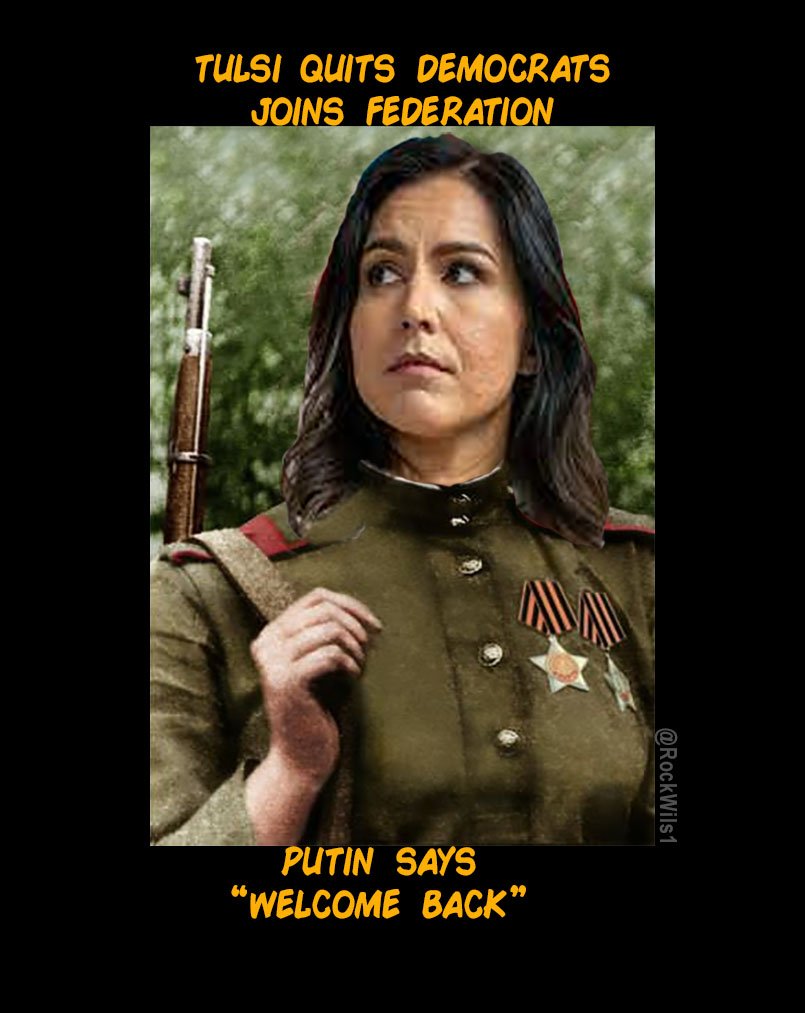 Tulsi Gabbard, Russian asset, has been the favorite of Russian State media much like Elon Musk and Donald Trump have been. She planted herself in the democratic party for a reason, to be a part of mucking of the works when it was required. Now with the Russia going for broke in Ukraine, Vladimir Putin has given her permission to out herself as a full on Russian asset. Her coming out spewing Putin’s talking points was on full display.

Let’s get this straight. Russia has numerous agents and assets planted in congress and the United States government giving it what it needs.

It also has numerous assets placed in media, notably right wing media, to spew its talking points on a 24/7 rotation. All of these people need to be arrested and thrown in prison for treason. But for now they are tolerated, probably watched for what they do or say and or who they contact and or who contacts them and how. I’m sure that many of them use dead drops for communications, but all of them are playing Russian roulette with their secret identities and their lives.