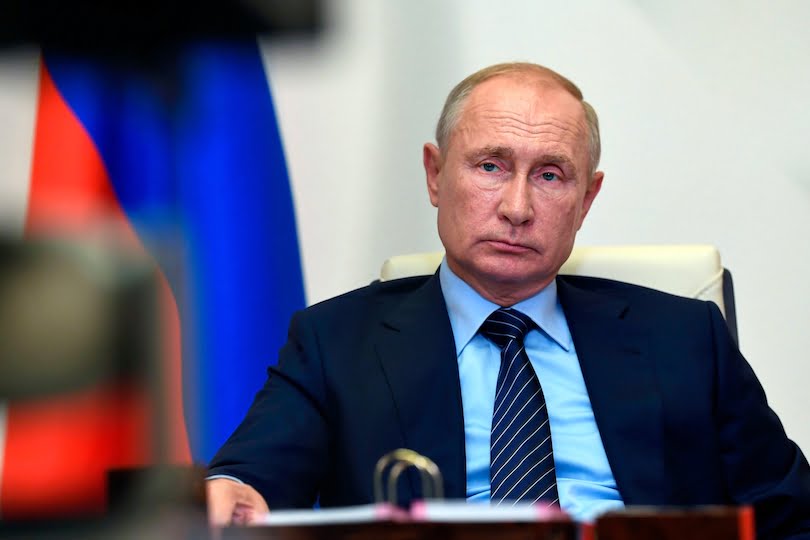 Vladimir Putin is kaput. The proof of that is the below letter, written by a 26-year-old soldier in the Russian army, V.V. Tarasenko. We know nothing about Tarasenko, except that he was a resident of Putin’s brainchild, the so-called Luhansk People’s Republic, and that he has a wife, Valeria, and a small son. We also know that Tarasenko died in battle during the recent Ukrainian offensive in Kharkiv province. Ukrainian intelligence found the letter; the Ukrainian analyst and soldier Taras Berezovets posted it on Facebook. The letter was written with little punctuation and without capital letters. I’ve added them to make it more comprehensible:

This letter is for the future, if I should die or be taken prisoner or become a vegetable! Written 17.7.22. It is very hard to write, I’m crying, but I must. Beloved Lera, tell [our son] what kind of dad I was, that we were sent as cannon fodder to Zaliman [a village in Kharkiv province]! Without armor, without ammunition, without normal weapons. This is about our situation. When our son grows up, tell him his dad wanted very much to return home to be the best dad ever. I’ve been drinking and I’m writing emotionally. I know that all this will be forgotten and that you will be living your own life, that you’ll find a new husband, that I’ll simply disappear in the war like all the guys. Unfortunately, I didn’t have a normal life. Say that dad was an athlete, didn’t smoke and didn’t drink. It’s terrible that everyone has forgotten me. It’s very hard to accept all this, but all people die. And this cycle can’t be changed. It’s bad to die in the summer. If only I were at the seashore.

Tarasenko’s fate and complaints are not unique. The Russian leadership, with Putin at the head, has evinced a profoundly cavalier attitude toward lives — not just of innocent Ukrainians, who’ve been the targets of genocide, but also of Russian soldiers and residents of the self-styled Luhansk and Donetsk “people’s republics,” the LNR and DNR, both of whom have been recognized as independent by the Russian Federation. As Tarasenko says, the soldiers of the Russian army are nothing less than cannon fodder. Most likely to be sent to the front without the requisite training, supplies, weaponry and ammunition are the men of the LNR and DNR, many of whom have been forcibly conscripted and sent to die. So much for Putin’s concern for Ukraine’s Russian speakers.

Tarasenko knew that he was cannon fodder; other conscripts must also know that they are doomed. It’s hard to imagine that morale is especially high among soldiers facing certain death for no discernible reason other than the megalomaniacal ambitions and oversized ego of their country’s fascist dictator. It’s even harder to imagine a scenario in which an army consisting of terrified boys who dream of spending time on the beach with their girlfriends or wives can possibly sustain a meaningless war — and least of all, win it.

Tarasenko’s letter presages his death, and it also may foretell Putin’s rapidly approaching end. His war — as should be evident by now even to the Kremlin’s propagandists, German left-wingers and American neorealists — is proving to be one of history’s enormous strategic blunders. Like Napoleon and Hitler, Putin surely faces removal and possible exile on some distant isle or in his bunker.

Local policymakers in St. Petersburg and Moscow evidently agree. On Sept. 8, the Muscovites adopted a resolution stating outright that Putin must go: “We ask that you release yourself from the post [of president] as a result of the fact that your views and your model of rule are hopelessly out of date and impede the development of Russia and its human potential.”

The Petersburgers were even more radical. They proposed that the State Duma, Russia’s moribund legislature, charge Putin with “state treason” with the intent of having him removed from office.

Putin has lost his legitimacy, and a ruler — even a fascist dictator — needs to be deemed legitimate by elites and masses to remain in power. If, as seems likely, the views of Tarasenko and the policymakers in Moscow and St. Petersburg are widespread, then the ongoing decay of the Russian army can only accelerate, and popular discontent can only increase. A social explosion may be inevitable.

Whatever the scenario, Putin’s end definitely is near, and the world would do well to minimize the chances of his acting even more destructively by hastening a Ukrainian victory and thereby giving a fillip to the Russian democratic opposition and bringing the Putin era to a close as soon as possible.

Alexander J. Motyl is a professor of political science at Rutgers University-Newark. A specialist on Ukraine, Russia and the USSR, and on nationalism, revolutions, empires and theory, he is the author of 10 books of nonfiction, as well as “Imperial Ends: The Decay, Collapse, and Revival of Empires” and “Why Empires Reemerge: Imperial Collapse and Imperial Revival in Comparative Perspective.”