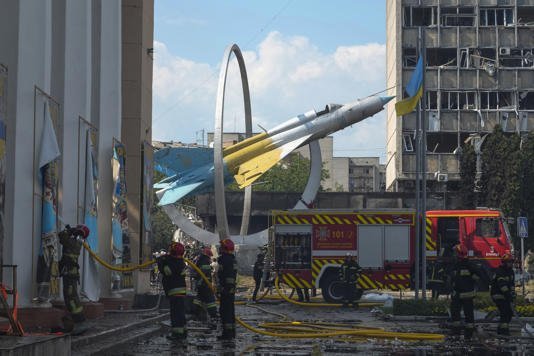 Senior U.S. officials acknowledged Wednesday that the United States and its allies are considering whether to provide Ukraine with new fighter jets and the training needed to operate them, a move that would dramatically expand Western involvement in the war with Russia.

Gen. Charles Q. Brown Jr., chief of staff of the U.S. Air Force, said that although he would not speculate what type of aircraft might be transferred, discussions are ongoing about how to reinforce Ukraine’s fleet, including with new planes. The Ukrainian air force has been outgunned by Russia since the invasion began Feb. 24, sparingly flying an assortment of MiG jets and other Cold War-era planes.

Brown said there are several possibilities, including American-made fighters or some made in Europe. Options include the Gripen fighter made in Sweden, the Rafale made in France, and the Eurofighter Typhoon, which is built by a consortium of companies in several countries.

“It’ll be something non-Russian, I can probably tell you that,” Brown said during an appearance at the Aspen Security Forum in Colorado. “But I can’t tell you exactly what it’s going to be.”