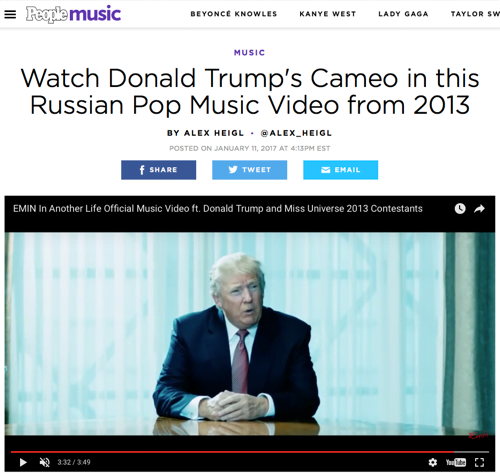 President-Elect Trump has a guest-starring spot in Emin’s 2013 music video for “In Another Life.”

JAN 12, 2017 – President-Elect Trump’s ties to Russia continue to show up and pile up. This time it is Aras Agalarov, a Russian billionaire and real estate developer, whose son made a ‘music’ (I use that term loosely) video with a cameo appearance with Trump in it. Watch the video and read the People Music piece on it at the link below.