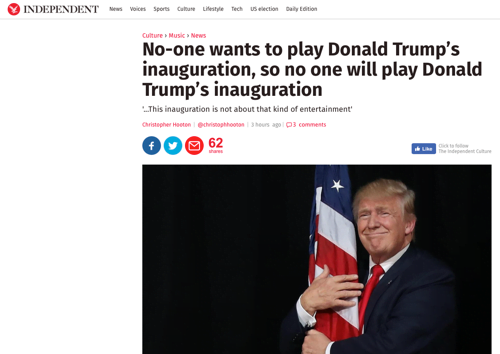 DEC 21, 2017 – Donald Trump pissed off musicians during his hate-filled campaign, he cannot find ANY musical act to play at his inauguration. So, no-one will, and we may have the first-ever modern US Presidential Inauguration with NO MUSIC at all. Mbyte that little girl opera singer Jackie Evancho might come out and sing the anthem, that is it. Read more on the Independent at the link below.