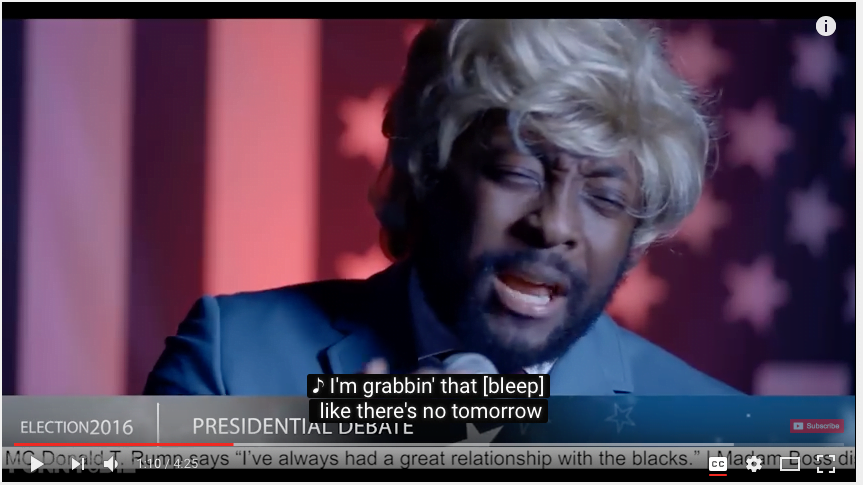 OCT 17, 2016 – Black Eyed Peas member Will.I.am has dropped a track that attacks Donald Trump for his recently revealed comments about how he sexually assaults women, and “grabs them by the pussy.” Will.I.am got with Funny Or Die, and Apl.de.ap and Liane V, and released a hilarious video along with the song attacking the rapist Donald Trump. Watch the great video below or CLICK HERE to go to YouTube.