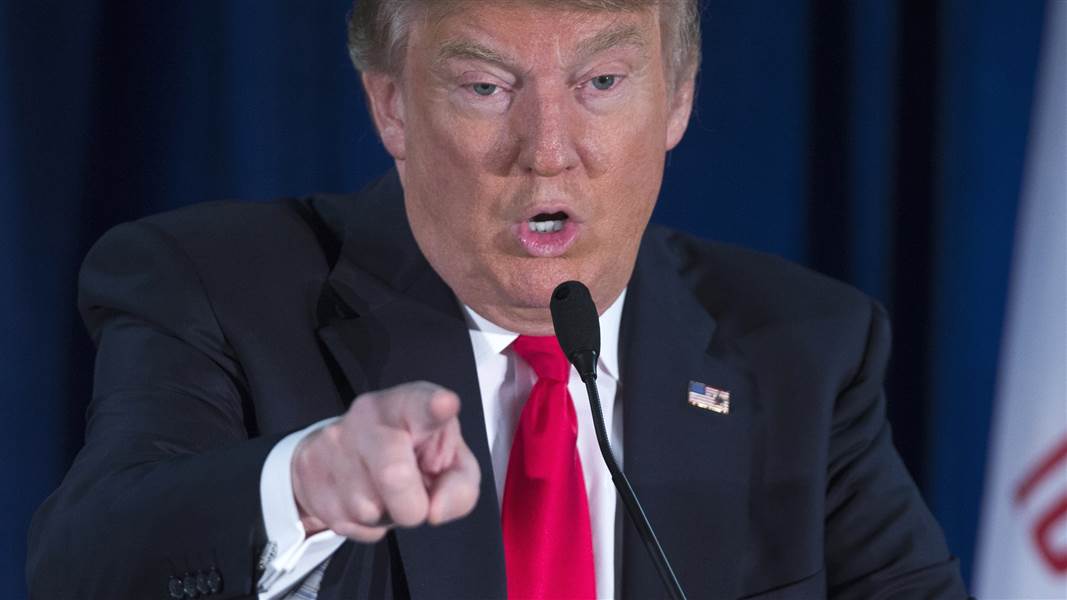 Donald J. Trump on Tuesday appeared to raise the possibility that gun rights supporters could take matters into their own hands if Hillary Clinton is elected president and appoints judges who favor stricter gun control measures to the bench.

At a rally here, Mr. Trump warned that it would be “a horrible day” if Mrs. Clinton were elected and got to appoint a tiebreaking Supreme Court justice.

“If she gets to pick her judges, nothing you can do, folks,” Mr. Trump said, as the crowd began to boo. He quickly added: “Although the Second Amendment people — maybe there is, I don’t know.”

The Trump campaign released a statement insisting opaquely that Mr. Trump had been referring to the “power of unification.”

“Second Amendment people have amazing spirit and are tremendously unified, which gives them great political power,” said Mr. Trump’s spokesman, Jason Miller. “And this year, they will be voting in record numbers, and it won’t be for Hillary Clinton, it will be for Donald Trump.”

Mr. Trump’s remark came a day after his campaign expressed satisfaction with his delivery of a prepared economic speech in Detroit and called it evidence of a new level of discipline.

Reacting to Mr. Trump’s statement on Twitter, aides to Mrs. Clinton expressed immediate horror, suggesting that even by Mr. Trump’s standards, the comments were jarring.

“This is simple,” Mrs. Clinton’s campaign manager, Robby Mook, said in an email. “What Trump is saying is dangerous. A person seeking to be the president of the United States should not suggest violence in any way.”

Even those in Mr. Trump’s audience appeared caught by surprise. Video of the rally showed a man seated just over Mr. Trump’s shoulder go slack-jawed and turn to his companion, apparently in disbelief, when Mr. Trump made the remark.

Mr. Trump’s remark was reminiscent of an allusion to “Second Amendment remedies” by Sharron Angle, a Republican Senate candidate who in 2010 unsuccessfully challenged the majority leader, Harry Reid, in Nevada, and was derided by Democrats, and some in her own party, as too “extreme.”

In a radio interview that year, Ms. Angle talked about the importance of preserving the Second Amendment, not merely for members of the military or law enforcement.

“In fact, when you read that Constitution and the founding fathers, they intended this to stop tyranny,” Ms. Angle said, adding later, “It’s to defend ourselves. And you know, I’m hoping that we’re not getting to Second Amendment remedies. I hope the vote will be the cure for the Harry Reid problems.”

Senator Chris Murphy, Democrat of Connecticut, who has made gun reform his signature issue after the Sandy Hook shooting in his state, took to Twitter to castigate Mr. Trump, calling his remarks “disgusting and embarrassing and sad.”

“This isn’t play,” Mr. Murphy wrote. “Unstable people with powerful guns and an unhinged hatred for Hillary are listening to you,@realDonaldTrump.”

And Representative Eric Swalwell, Democrat of California, wrote on Twitter that the Secret Service should investigate Mr. Trump for making a death threat against Mrs. Clinton: “Donald Trump suggested someone kill Sec. Clinton. We must take people at their word.”

Mr. Trump’s campaign events and rallies have grown increasingly vitriolic, with angry chants and jeers directed at Mrs. Clinton, some of them led by the candidate himself. On Tuesday, Mr. Trump called Mrs. Clinton a “liar” and “wacky.”

Chants of “lock her up,” which first gained traction during the Republican National Convention, were loud and frequent in Wilmington before Mr. Trump took the stage. One speaker, former Mayor Rudolph W. Giuliani of New York, tried to steer the crowd away from the chant.

“No, no, we’re here to beat her, and keep her out of Washington,” Mr. Giuliani said as he waved off the chants. He was interrupted by the same chant minutes later, and again paused and tried to wave off the crowd.