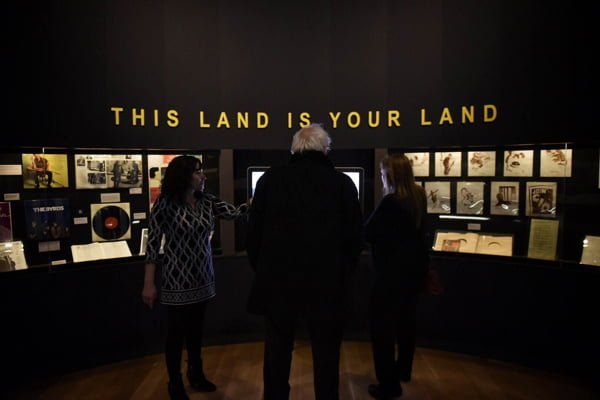 FEB 25, 2016 – The fiery democratic-socialist Vermont US Senator Bernie Sanders took his Presidential campaign to Oklahoma this week, and he took time to stop by and visit the The Woody Guthrie Center for the songwriter and musician Woody Guthrie that wrote one of the Feel The Bern movement songs they are using, “This Land is Your Land”.  Senator Sanders said, “His songs spoke to the reality of working-class people and it is incredible how much his music lives on in this country and throughout the world. In fact, on a number of occasions we have used his iconic song – This Land is Your Land – as part of our campaign. I was excited to see this beautiful museum dedicated to a man who was raised in Oklahoma.”  (photo credit: berniesanders.com)