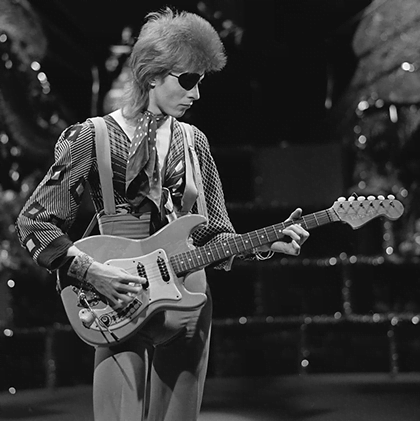 JAN 11, 2016 – Music legend David Bowie has passed away last night, after secretly battling cancer for the last 18 months. David Bowie’s career spanned over 4 decades of music, acting, and inventing the “glam-rock” movement. Time and time again he re-invented himself and was a creative musical genius. David Bowie had just released his final album, “Blackstar”, to critical acclaim, and even filmed himself from the hospital bed as recently as last week according to his family. His family announced his death on his Facebook page, and passed away surrounded by his family, and will forever be missed and remembered by millions who touched the world with his artistic genius. Rest in peace David…..

Read the massive outpouring of grief and remembrance from the music world and other news on DailyMail below, and watch the Thin White Duke in his last video “Blackstar” from the David Bowie VEVO Channel below.  (photo credit: AVRO – Beeld En Geluid Wiki – Gallerie: Toppop)