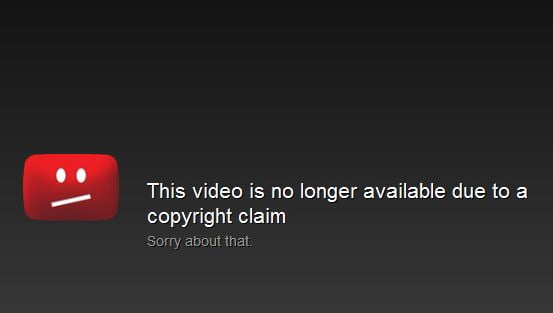 April 9, 2015 – US Sen. Rand Paul (R-KY) launched his 2016 Presidential run this week, complete with podium, supporters, music and  someone video recording the marvelous event to upload to YouTube later for all the other Libtards to enjoy. However, there was a problem with the music playing in the background as he strode out. YouTube users are responsible for even copyrighted music playing in the background, and Sen. Rand Paul (or his staff really) didn’t obtain rights from Warner Music Group for John Rich’s song, “Shuttin’ Detroit Down” that was pumping out of the speakers as Senator Rand Paul strode out to save the world with Ayn Rand’s principles.

YouTube has “bots” that scan video and music and look for copyright infringements, and the owner can choose to put an ad on the video and let it go, or they can choose to block it. Later on when his staff uploaded it to his YouTube Channel, Warner Music Group, who owns the rights to the song, chose to block it, and so you can’t see it on Rand Paul’s YouTube Channel anymore. One wonders why his staff didn’t take the 15 minutes to go to Harry Fox Agency or some other licensing agency’s website and obtain license rights to use the song, with the Internet these days it easy and quick to pay for and obtain rights to use a song. Read more about Rand Paul’s video being blocked on Wash Po HERE. Lastly, the peeople who shut down Detroit were NOT the workers and the 99.9%, it was the .01% that started shutting down the factories years ago and destroyed Detroit. Michael Moore featured it all in his documentary, “Roger and Me”. The dismantling of the working class and the middle class by the .01% in America has been going on for a long time. We just haven’t been paying enough attention and fighting back hard enough. If you are curious, you can watch the video of Sen Paul announcing his 2016 Presidential campaign on C-Span’s YouTube Channel where the “bots” DIDN’T block the video, a testament to the total consistency and logic behind Google/YouTube’s policies…NOT. Watch the music video of John Rich’s “Shuttin’ Detroit Down” below.  (photo credit: Michael Greene/CC)