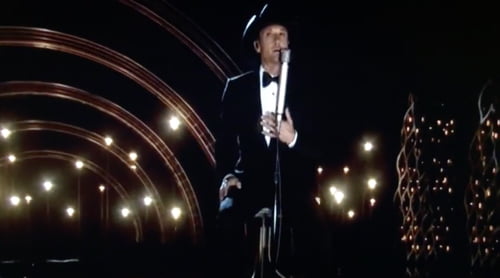 Campbell too Sick to Attend or Sing, McGraw Performs in Glenn’s Place

FEB 23, 2015 – Amidst the self-aggrandizement of Hollywood awarding overpaid actors for their crappy films, there were some bright spots. Social issues were featured and discussed, such as Patricia Arquette pointing out how we pay women less than men, African-American director John Legend mentioned the disproportionate number of young African-American men in prison, and best director Alejandro G. Inarritu brought up immigration. All of these comments were made by the awardees at the podium and of course have got people upset; because in America you have the right to free speech but for Pete’s sake don’t actually use it! Don’t mention politics! Well some of the actors and actresses actually did, and it reminds me of when Michael Moore “went political” at the Oscars for his great documentary “Sicko”. One of the most political moments of the night though was when “CitizenFour”, the documentary about NSA whistleblower Edward Snowden, won an Oscar for Best Documentary Feature. All of this, and the Right’s pet movie “Sniper” not winning an Oscar, is sure to rile Teabaggers and conservatives on the Blogosphere for weeks, awesome. Laura Poitras accepted the award and said, “The disclosures that Edward Snowden revealed don’t only expose a threat to our privacy but to our democracy itself.” We at JTMP totally agree 100%.

The best “political” moment of the night though centered around healthcare and sickness, and Alzheimer’s disease. Legendary songwriter, singer, instrumentalist, performer, TV host and even actor Glenn Campbell, was honored last night at the Oscars with a moving tribute centered around the song “I’m Not Gonna Miss You” that was nominated for Best Original Song from the film “I’m Still Me”. Country star Tim McGraw, who is about the only country star really putting out good music and real country music right now, played in place of Glenn Campbell who was too sick to attend and Tim didn’t leave a dry eye in the audience. A video clip of the performance by McGraw is below.

Glenn Campbell has had an amazing and exciting life. He started out actually as a very talented instrumentalist, and early on played in the studio band “The Champs” and played for musicians such as Ricky Nelson, Dean Martin, Merle Haggard and more. He even subbed for Brian Wilson of the Beach Boys for their 1964/65 tour. In 1967 Glenn recorded “Gentle On My Mind” written by John Hartford, and he was an overnight success. He later guest-hosted the Smothers Brothers Comedy Hour, and even had his own TV show called The Glenn Campbell Goodtime Hour. He later appeared in movies such as Grit and Norwood. In the 1970s Glenn released “Rhinestone Cowboy” and “Southern Nights” which were monster hits. Glenn was inducted into the Country Music Hall of Fame in 2005 and also belongs in the Rock and Roll Hall of Fame! Read about the exciting life of Glen Campbell on his Wikipedia Bio here. Watch Tim McGraw and his awesome performance of “Im Not Gonna Miss You” at the 2015 Oscars below from Keyrad G.N on YouTube.  (photo credit: LawrieM/Timseid1/CC)