Oct 15, 2014 Alzheimer's, Glenn Cmpbell, healthcare, I'll Be Me, I'm Not Going to Miss You, last song, Medicare For All, swan song 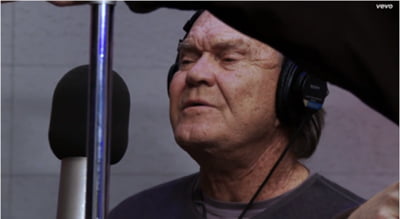 OCT 15, 2014 – Glenn Campbell, who is suffering from Alzheimer’s disease, is a focus of a new documentary film, “I’ll Be Me”. The film focuses on his farewell tour and how he had to use a teleprompter to remember all his lines. Glenn also recorded and released a very moving song and video called, “Im Not Gonna Miss You” through Big Machine Records. The touching video has scenes of CAT scans and his wife as they deal with the illness. This is why Medicare For All is so important and why JTMP supports it, for it is bad enough having to deal with the illness itself. Watch Glenn sing, “I’m Not Going to Miss You” below.