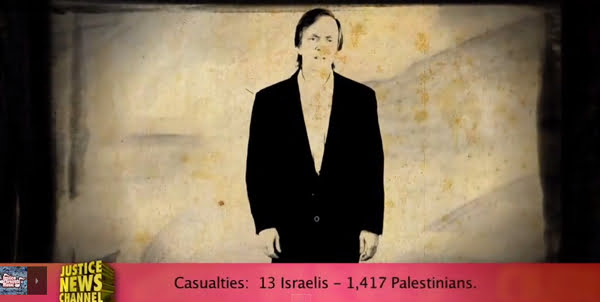 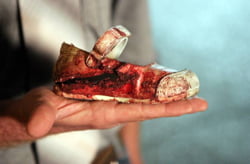 JULY 25, 2014 – In 2010, JTMP teamed up with musical-activist band Op-Critical and made the music video “My Eyes” criticizing the use of disproportionate force the Israeli Defense Force always uses against innocent Palestinian civilians. Four years later in 2014, the video still is relevant and needs to be reposted in light of the hundreds of civilians recently being killed by the IDF in the Gaza Strip. This poignant and moving video was conceived by Gillian Sherwood and Sophia Fraser, and was directed and edited by Matt Brown. Brad Dismukes and ThirdChoiceVideos helped with some graphics. The video also is a call to action to support Doctors Without Borders, who are on the front line helping wounded children and civilians caught up in war.

Watch “My Eyes” below, and contact the Israeli embassy in DC and tell them to stop responding with such disproportionate military force in civilian areas. Check out our JTMP YouTube Channel for all of our activist music videos, and discuss this topic on our JTMP Facebook Page.