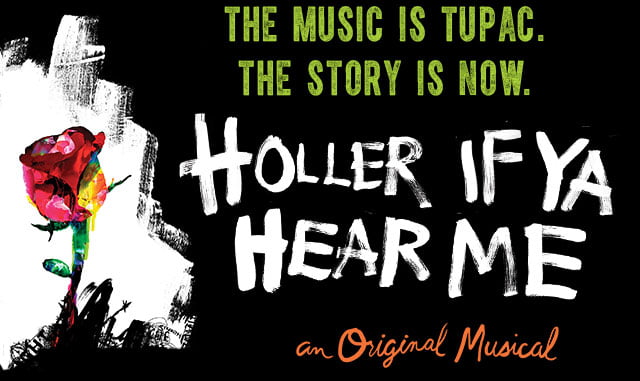 TUPAC SHAKUR’S MUSIC USED AS BACKDROP FOR STORY ABOUT COMMUNITY 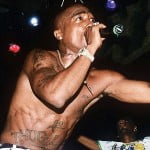 JUNE 30, 2014 – For the first time ever Hip Hop has hit Broadway, in the musical “Holler If Ya Hear Me” featuring the music of Tupac Shakur. The story centers around an ex-convict returning to his old neighborhood looking to change himself, and he ends up changing the community for the better. Many of his fans and the people who worked on the project believe Tupac Shakur was a poet, a modern day Shakespeare if you will, and they lifted many of the characters and situations from his extensive song collection. Tupac’s parents were activists, in fact his mother was a Black Panther, so he was often thinking about activism and the community when he wrote. The Holler If Ya Hear Me team partnered with the Hiphop Archive & Research Institute, Hush Tours, National Museum of Hiphop, and others to bring this riveting production to Broadway. Check out the Holler If Ya Hear Me website here.