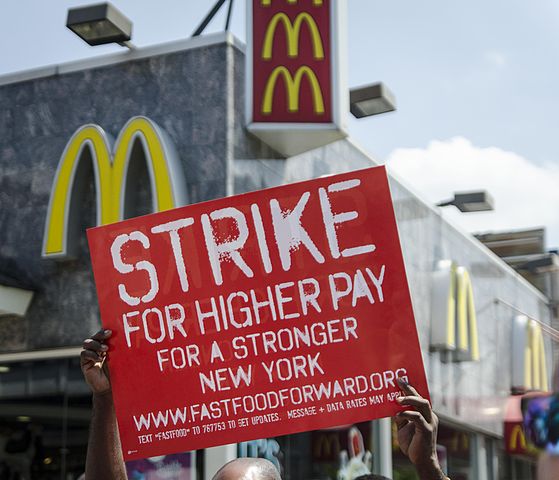 June 3, 2014 – The Seattle City Council voted unanimously yesterday to raise the minimum wage for hard working folks in their state to $15.00 per hour. This wage rate will be the highest in the nation, and will be phased in over the next 7 years, with some requirements and enforcement taking effect in April. Activists in support of raising the minimum wage in Washington state, and around the country, were celebrating for this is a major breakthrough and development on the issue of income inequality that is plaguing our country. The very progressive Mayor Ed Murray said, “Today we have taken action that will serve as a model for the rest of the nation to follow.” The city council does admit that this has never been done, and Seattle City Council member Sally clark said, “No city or state has gone this far. We go into uncharted territory.” High-paid lawyer lobbyists representing national franchises, and not workers, sued over treatment by the law within minutes…shocker. David Watkins, the owner of the Inn at the Market and president of the Seattle Hotel Association said, “There are some good compromises. We as an industry will have to learn to adjust.”

We’re America! We can do anything! We can go to the moon! We can choose to raise worker’s wages; not because it is easy, but because it is hard. America can do this if we put our minds and will to solving income inequality in this country. JTMP urges our supporters to contact your elected officials and tell them you support the working class, and you support decent wages. Read more on Seattle Times website here, and leave a comment on the JTMP Facebook Page here.