Alanis Morissette Sings for Marianne Williamson, Independents on the Rise 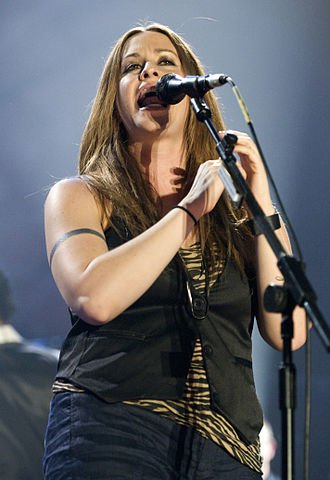 Alanis Morissette is singing the praises of Independent Marianne Williamson, the passionate Progressive candidate running in  California’s 33rd district US Representative election. The seat is being vacated by the great Rep. Henry Waxman, who led the Progressive fight for so many years. Williamson is in a tough fight, but she is hoping the endorsements by Progressive figures such as Van Jones, Dennis Kucinich, Alan Grayson and others will push her over the top. Alanis Morissette has been so inspired by her passionate Progressivism, she has released “Today”, a great song and video. Watch below, or click here to go to Williamson’s’ YouTube Channel. – Tomorrow night at 7:30 PM PST, Alanis and Marianne will do a LIVE STREAM event!

To “Op-Ed” here, I am noticing that Independents in political offices are on the rise. We have of course the fiery and principled Sen. Bernie Sanders (I-VT), and Sen. Angus King (I-ME) recently won a US Senate seat in Maine. There are many Independents in local and state offices all over the country. I predict there will even be more Independents in the future, as well as the Green Party and other third parties get stronger, as I feel a great number of people have lost faith in the Democratic and Republican parties to solve their problems. The Citizens United ruling giving a huge advantage to billionaires didn’t help the situation. Thoughts? Start a discussion on the JTMP Facebook Page!