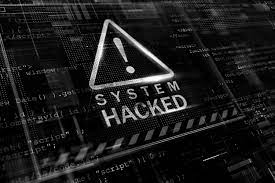 I’m sure Murdoch was pleased, probably even helped hack his own site since the articles reflect his extremist viewpoints.

The New York Post appears the latest news organization to be overtaken by a hacker, as readers were blasted with stomach-turning headlines Thursday morning targeting notable politicians.

Posts, which were also shared on the outlet’s Twitter account of 2.8 million followers, were quickly removed by New York Post staff and followed with a tweet saying, “The New York Post has been hacked. We are currently investigating the cause.” By that time, screenshots of the fabricated articles had already begun circulating.

One article written by the hacker was framed as an opinion piece, with the headline, “We must assassinate AOC for America.”

Since her history-making election to the House, Democratic Rep. Alexandria Ocasio-Cortez has been cast by opponents as a dangerous extremist and has spoken openly about the challenges of facing violent threats as a result.

Another article falsely attributed a quote to conservative NY Post columnist Miranda Devine, who has been an outspoken critic of the Biden family, saying, “We must murder Joe and Hunter Biden,” referring to the sitting president of the United States and his controversial son, whose tax affairs and international dealings are the subject of an ongoing federal investigation.

One falsely quoted Zeldin as saying, in vulgar terms, that he would sexually assault Gov. Hochul. Zeldin is currently running against Hochul, the Democratic incumbent and first female governor to represent the state of New York.

Another manufactured article bore a headline in which Zeldin calls Mayor Adams, who is Black, “NYC’s fried chicken eating monkey.” Adams’ press secretary was reached for comment Thursday, telling PEOPLE, “These vile, racist, and sexist comments have no place in public discourse, even by those unlawfully hacking a Twitter account.”

A final hacker-produced article published before the New York Post regained control of its feed centered around far-right Texas Gov. Greg Abbott, who has been criticized by the left for waging a war on undocumented immigrants.

The article played off his views on immigration with a false headline reading, “Gov. Abbott: I will order Border Control to start slaughtering illegals.” Abbott, who is running for reelection against Democratic challenger Beto O’Rourke this year, did not actually say that.

The New York Post hacker’s motive remains unclear, as neither side of the political aisle served to benefit from the trumped up articles.

In a statement by the Post shared with CNN reporter Oliver Darcy Thursday afternoon, the outlet said, “The New York Post‘s investigation indicates that the unauthorized conduct was committed by an employee, and we are taking appropriate action. This morning, we immediately removed the vile and reprehensible content from our website and social media accounts.”

PEOPLE reached out to the FBI for information about a possible investigation into the hack, but had not heard back by the time of publishing. PEOPLE has also requested comment from each politician mentioned by the hackers and will update this story as responses are returned.

UPDATE: Turns out it was a rogue staffer who uploaded it.

The newspaper initially claimed the incident was the result of a breach, saying in a statement that “The New York Post has been hacked and we’re currently investigating the cause.”

Hours later, however, the paper said an internal probe indicated the offending headlines came from inside the building.

“The New York Post’s investigation indicates that the unauthorized conduct was committed by an employee, and we are taking appropriate action. This morning, we immediately removed the vile and reprehensible content from our website and social media accounts,” the paper said in a statement.

The chaos started just around 9 a.m. Thursday, where headlines popped up along the Post’s website and app describing political figures in vulgar and racist terms.

National figures were also unspared: One headline said America must “assassinate AOC,” while another headline posed as conservative columnist Miranda Devine calling for the killing of Hunter and Joe Biden.

Those articles then found their way onto the Post’s Twitter page through the social management system SocialFlow, which pushes out a series of tweets for news organizations.

The contents within the published articles themselves seemed to either duplicated copy from elsewhere or unchanged articles that had yet to be published—the result being seemingly normal news stories or columns with the crude headlines. The stories have been removed from the Post’s website as of late Thursday morning.