Steve Bannon Claims Being Indicted, Cuffed, Was Best Day Of His Life, Here’s His Reality 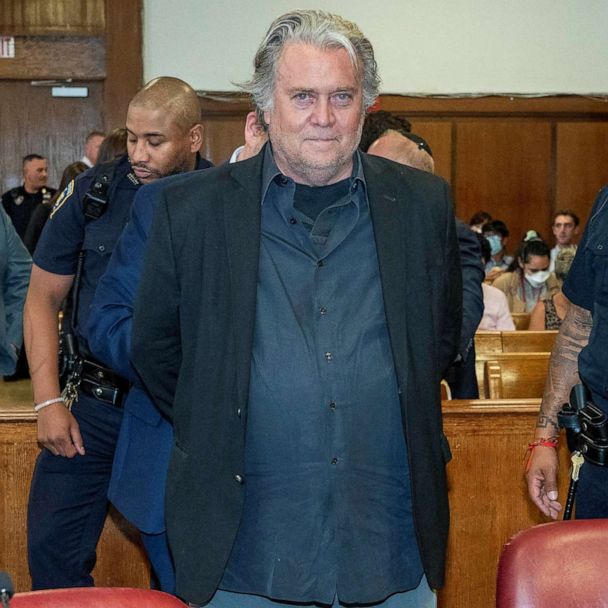 He claims he was in the zone the entire time. Ya know it was a great moment of clarity for him, ya know he will never be shut up, he won’t quit, he’ll die first, he’ll go down to hell and suck the devils balls and come back up and spit the juice at liberals. Yeah, yeah, he’s a tough tough puppy, he’ll suck horse balls and drink it all and say yeah, yeah, that was a good drink. Yeah, yeah, he had a moment of clarity where he saw his future, and that future was a very bleak one in an upstate New York prison that would make Shawshank look like a carnival.

Let’s be really clear here about what Bannon will end up facing in a state prison. It isn’t pretty, and there are no special cells there. They dont give two fucks if you sat around drinking tea with kings or queens. They treat you like all the rest, a scumbag criminal doing time. And of course when you’re doing your bid you never know when you’re getting out, because you might have to pony up to some group or clique for protection and then shank someone to keep that protection.

Of course you will get caught for it, and they will add more years to your sentence. It’s not easy in a state prison. You fight over everything. You’re being tested each and every minute of the day, and fail one test and you might find your ass on the floor bleeding out because you fucked up. It’s no cake walk, and it never will be. There are no special people there that are held in special regard because of who they were on the outside. You could be some top dog on the outside, but once you go inside its a different world, and you will be living amongst the worst society has to offer. You’re not going to be treated all cushy either, and convicts there don’t give a flying fuck who you were on the outside, it’s who you are on the inside that counts.

Special day of clarity my ass. You better get this straight Bannon, you need a better understanding of clarity, and you need to understand the reality of your situation. You ain’t doing your war room podcast from there. You ain’t going to be thought of as some special dude with special powers because you were sucking Trump’s dick. That Trump shit isn’t going to gain you any favors either. And no one will give a flying fuck that you were in the White House. More than likely that knowledge is going to make it even harder on you in there.

The perception is that convicts think the upper classes put them there and or keep them there. So when you go in you will represent that upper class that got fucked and dumped there with them. That is not going to endear you to anyone. They going to want to pound all their misery out on your overweight fat ass. So expect plots and plans aplenty about how to remedy their anger on you when you get there.

Steve Bannon has said being placed in handcuffs and indicted on Thursday was a high point for him. “Yesterday was one of the best days of my life,” Bannon said Friday on Charlie Kirk’s podcast. “It was a very powerful, spiritual day for me. A lot of things came into high clarity,” he said. “I was totally in the zone, as you say in sports, the entire time. They’re not gonna shut me up,” he added. The declaration comes a day after Bannon was indicted in New York over the alleged ‘We Build A Wall’ scam that feds say defrauded MAGA-loving donors. Meanwhile, one of Bannon’s lawyers, David Schoen, further appeared on Bannon foe Roger Stone’s daily “Frank Speech” program Friday evening to claim that a Bannon legal appeal after sentencing would be “bulletproof.”