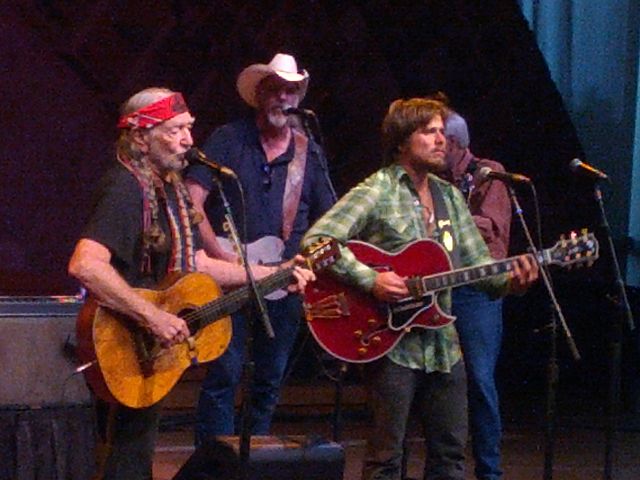 NOV 30, 2015 – Nicholas Ballasy on PJMedia.com reports that musical-activist Willie Nelson has endorsed both Bernie Sanders and Hillary Clinton, saying he likes “everything” about them.

Willie Nelson was in DC at the DAR Constitution Hall to receive a Gershwin Prize for Popular Song from the Library of Congress, along with a bunch of other great musicians. On their website the LOC said in a statement, “With a career that spans six decades, Nelson’s music pushes genre boundaries and his lyrics give voice to America’s heartland. He put his imprint forever on country music and introduced it to new audiences by expanding music’s avenues in the ‘70s to create “outlaw country.” He has continually broadened his musical language, crossing into jazz, blues, folk, rock and Latin styles. A guitar virtuoso with a unique voice, Nelson is an artist whose work continues to inspire new musicians of diverse genres.” (photo credit: Mike Prosser/CC)