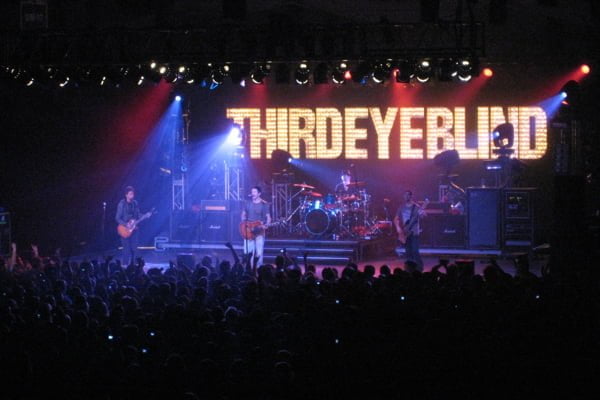 July 25, 2016 – One of my favorite bands, Third Eye Blind, spoke out about politics the other night at one of their shows, showing the absurdity of the Republican party to accept science. Singer Stephen Jenkins said to the crowd, “Let me make this clear. We are in direct opposition to everything the Republican…

“Occupy This Album” – “Music For Occupy” to Release Benefit Album

NOV 30, 2011 – A group of activist musicians calling themselves "Music For Occupy" which includes Jackson Browne, Crosby and Nash, Third Eye Blind, Lucinda Williams, Devo and Zuccotti Park drummers and others are planning to release a benefit album called "Occupy This Album". Many other artists will contribute such as DJ Logic, Ladytron, Warren Haynes, Toots and the Maytals, Mike Limbaud, Aeroplane Pageant, Yo La Tengo and even Michael Moore.

Activist musician Jason Samel is putting it all together and hopes to raise $1 to $2 million dollars to help fuel the movement. Alliance for Global Justice will coordinate the proceeds, with about half going to Occupy Wall Street, and the other half to help out with specific causes and projects related to the Occupy movement. The album will be released digital only at first, but they haven't ruled out a physical CD release in the future. Graham Nash said in a statement, "The Occupy movement is really the voice of the people, it's an idea that's been a long time coming. I fully support their non-violent protests against a system that is carefully crafted in favor of the rich one percent".

On Jackson Browne's website it says their mission is to "inspire and celebrate through music the Occupy Wall Street movement and the 99% who've been adversely affected by the economic corruption that has permeated our Democracy, created a near insurmountable disparity in wealth, and hindered life, liberty and justice and the honest pursuit of an honest living for all. Music For Occupy is in solidarity with Occupy Wall Street, and all proceeds above board attained through the production and distribution of "Occupy This Album: A compilation of music by, for and inspired by the Occupy Wall Street movement and the 99%" will go directly towards the need of sustaining this growing movement". Check JTMP regularly and we will let you know the moment it comes out and how you can get a copy.

Check out Third Eye Blind's contribution to the album, "If There Ever Was a Time" below.