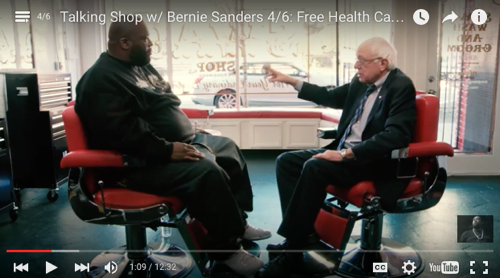 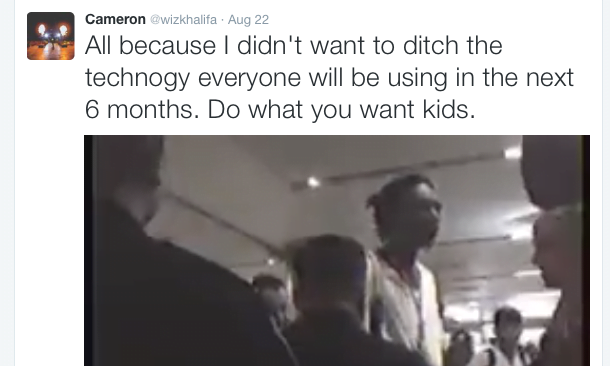 Rapper Tweets: “[Cops] Love Saying Stop Resisting” AUG 24, 2015 – Rapper Wiz Khalifa was whisking his way through LA International Airport on his cool, new, high-tech “Hoverboard” when LAX police told him to “get off” and he refused. He was wrestled down to the ground and detained for a while by airport security, and Khalifa… 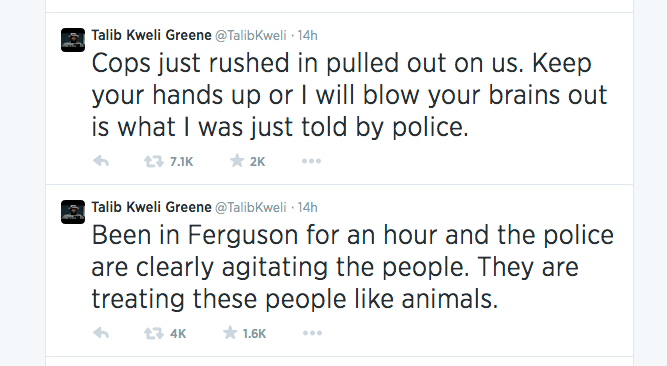 SOCIAL MEDIA AND MUSIC CHANNEL ANGER AND ACTIVISM AUG 20, 2014 – Many musicians have come out in support for justice for Michael Brown using their music and social media. In St. Louis last Wednesday, Young Jeezy and Wiz Khalifa wore shirts on stage that said, “Don’t shoot” and “RIP Michael Brown”. Nelly has been…

OCT 22, 2011 – Rapper Immortal Technique spoke his mind in a WeAreChange video hitting on politics, war, immigration, race and more from Occupy Wall Street. He said, "This is one of the best expressions of democracy that people have seen in America for the past few decades. Unlike the Tea Party, this is organic; it's not corporate-funded, it's not funded by the Koch brothers. This isn't a re-election campaign for Obama. We're willing to put his second term on the altar of democracy and sacrifice it if we need to." He said everyone should do that to send a message that the movement demands real change, not superficial. Check out the interview below.

Libyan-American hip-hop artist Khaled M is celebrating the news that rebel forces have entered Tripoli with new music. For a few months, the rapper has been recording his first music video, an upbeat song titled “Lights Out.”  But he decided that it wasn’t appropriate to release feel-good music until Libyan Col. Moammar Gadhafi was out of power.

Khaled was raised in the Libyan dissident community based in Lexington, Kentucky, home of an anti-Gadhafi group called the National Front for the Salvation of Libya. His father was one of the founders of that group, and according to Khaled, was tortured for five years by the regime for opposing the government. Khaled spent the first years of his life on the run, using false identities and traveling from country to country.