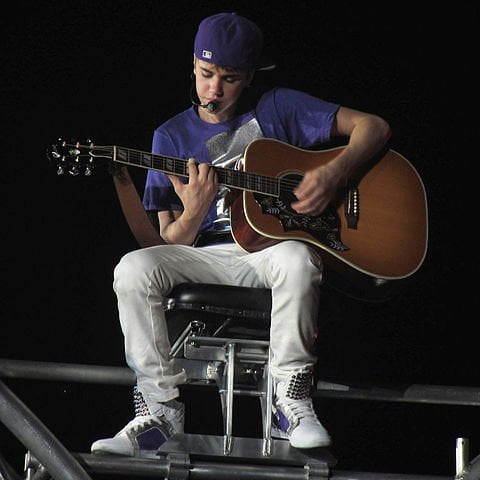 HuffPo: The Biebster Tweets About Drug Companies Funding Political Opposition to Medical Marijuana OCT 5, 2016 – With the fact that the makers of the toxic Fentanyl and other drugs the are killing millions of Americans are behind the funding of the political opposition of medical marijuana in many states, Justin Bieber Tweeted out about how…

APR 13, 2012 – Justin Bieber, who has come out and admitted he was a victim of bullying while school officials and other students looked away, is letting his new song "Born to be Somebody" to be used in the new documentary "Bully" from Weinstein Co. currently playing in theaters that explores the topic of bullying in schools (watch the trailer below). Also, Justin Bieber met up with a young Australian student Casy Heynes who became an Internet sensation for standing up to a bully at school in a video that went viral (see below), and finally watch the video of Justin meeting Casey below that.  (photo credit: Georges Biard/Wiki)

FEB 15, 2012 – A young girl, Avalanna Routh, who has been battling an aggressive and rare form of cancer known as ATRT got a "dream date" with Justin Bieber. The young musician has been recently getting more involved with activism and speaking out about issues such as working with PETA to promote animal lovers to adopt pets from shelters, to raising awareness and funds for clean water for developing nations. The family put up a Facebook Page hoping to get the two together, and with help from the non-profit  The Jimmy Fund that has been supporting the fight against cancer since 1948, and a local news report featuring young Avalanna that Justin Bieber was watching, the encounter came to fruition. Watch a Today video report about the event below.

Visit msnbc.com for breaking news, world news, and news about the economy