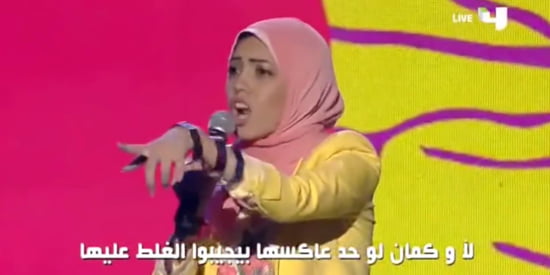 SISTER FA AND MAYAM MAHMOUD USE RAP TO ADDRESS OPPRESSION AND INEQUALITY JUNE 9, 2014 – I ran across the stories of two courageous women that use poetry, rap and activism to fight against oppression of women in their home countries. The first that caught my attention was a Senegalese rapper Sister Fa who fights against…

FEB 6, 2013 – An all-girl rock band out of Kashmir, "Praagaash", were forced to disband after a top cleric issued a fatwa against them. The 3 girls got scared for their lives and dissolved the group. They were starting to get many supporters, and even a "I Support Praagaash" Facebook page was put up to try and support them, but the pressure and fear was too much. A petition has been started on Change.org asking for the cleric to step down. The name of the band, Praagaash, means "first light" in Kashmiri, and they hoped to bring about more freedom for girls and music in their country; but their was a massive backlash against them by conservative and religious Kasmhmiris to what they saw as supposed bad western influence on their culture. Read more on Yahoo news here, including a video with video clips of the band. Watch a small clip of them playing below.

We came upon this interesting article on MSNBC about a British pop boy band and Islam intersecting, and how it is playing out. Check it out below…

"As the British-Irish boy band One Direction soared in the pop charts, making teen and tween girls around the world swoon and scream, band member Zayn Malik tweeted a message that would perplex a large segment of his fans, while being immediately recognizable to millions of others.

"La ila ha ill lalla ho muhammed door rasoolalah." The 47-character tweet is a common declaration of faith among Muslims: "There is no god but God and Mohammad is the prophet of God.'"