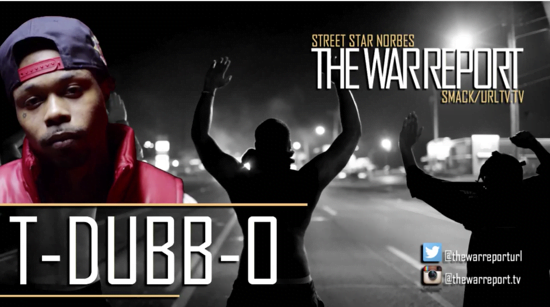 Nia-Malika Henderson: “How Ferguson and Eric Garner Show the Political Power of Hip-Hop”

Journalist Writes About Power of Music and Activism in WaPo Article DEC 17, 2014 – Nia-Malika Henderson wrote a great piece for WaPo about Ferguson, Eric Garner, and how Hip-Hop musical-activism, especially with Hip-Hop artists in Missouri like T-Dubb-O, are helping foment and energize the protest movement behind these senseless killings by police officers. Check…

AUG 27, 2013 – The Jakarta Post has a great article up by Prodita Sabarini on Indonesian activist-musician Heri "Ucok" Sutresna and his work as the band "Homicide". His band, which is in the midst of dissolving and Heri is pursuing solo work, sang against dictatorship, military violence, consumerism and more. The interview delves into his pursuit of opening a progressive bookstore in Indonesia, and how he got involved in activism, politics and music. Listen to a track from Homicide titled, "Puritan God-Blessed Fascists" here; and check out the interview on The Jakarta Post here.  (photo credit: JP/Prodita Sabarini)

AUG 27, 2013 – Activist, actor, Tech Grad and now the New York City Council. Jumaane Williams, whose art is acting and appeared in several Hip Hop music videos, has always been involved in his community and his activism. From addressing the problem of affordable housing in New York City, to the un-Constitutional and racist "Stop and Frisk" policy that overwhelmingly targets inner-city blacks and Hispanics; he has been out there on the front lines fighting the good fight. Mr. Williams is a Native Brooklyn, and early on appeared in Hip Hop music videos for EPMD and Solo; and in 2009 he got elected to the New York City Council as a Democrat that represents Flatbush, East Flatbush, Flatlands and parts of Midwood and Canarsie. Mr. Williams helped shepherde two bills that reined in the "Stop and Frisk" policy. Check out his City Council page here, and read more about him on NYDailyNews.com here.  (photo credit: council.nyc.gov)

MAR 29, 2013 – JTMP is joining and supporting the calls for Reebok to drop rapper Rick Ross as a spokesperson because his new single talks about drugging and raping a woman. In the single he said, "Put molly [a drug] all in her champagne, she ain’t even know it / I took her home and I enjoyed that, she ain’t even know it." This is not only totally offensive and outrageous in general, but coming on the heels of the Steubenville rape case shows very bad taste. Sending the message to young people that it is okay to drug and sexually violate a woman is horrible, and he should be dropped as a Reebok spokesperson, and this single needs to be boycotted.

Ultra Violet has a petition going calling for Reebok to drop Rick Ross as a spokesperson here.

MAR 30, 2012 – The shooting death of Trayvon Martin was painful for Seattle-based musician Okanomode, and he could relate to the profiling that probably played a role in the death of Trayvon and tells JTMP, “I myself am a young black gay male growing up in America & know first hand what it's like to live in fear of attack by police or others who might fear me simply on the basis of both my blackness &  my gender expression, & i feel more than ever that community is so necessary in these painful times.” He was so moved by the event he composed "Song For Trayvon", check it out below.

OCT 27, 2011 – New York hip-hop artist MK-Ultra Emcee emailed JTMP with his activist protest music video called "Who's The Man", and after watching it we thought we should post it and have everyone check it out. He said he wants to show the many faces of the Occupy movement, and rapper Jasiri X whom JTMP posted about the other day makes an appearance in the video. MK-Ultra says on his Facebook page, "MK-ULTRA is a politically conscious and controversial emcee from New York City introducing a new strain of revolutionary Hip-Hop." Check out the music video below.

Hip Hop artist Talib Kweli appeared at Occupy Wall Street in a show of solidarity with real grassroots democracy, and performed a new rhyme called, "Distraction". In an interview he said, "I'm not aligned with everyone politically who is there," he said. "But I was overwhelmed by seeing democracy in action. You have to see how dedicated these people are to creating social awareness and creating a platform for us to talk about issues … disparities in our country."

Watch a video of the performance below.