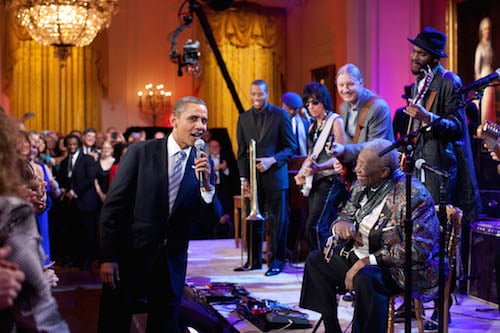 Musician, Activist and Spinal Doctor “Dr. Dan” Wants to Save Blues Musicians FEB 15, 2015 – With the deadline to enroll in Obamacare here, there are hundreds of events all over the country this weekend to get people who haven’t enrolled in Obamacare signed up for some kind of health insurance at the last minute. You know… 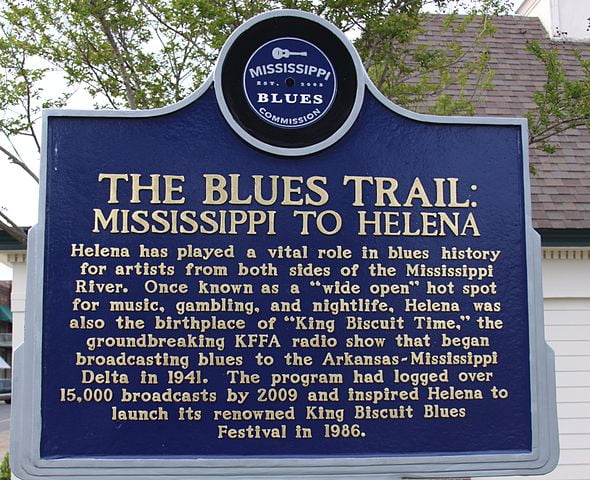 Last of “Old School” Blues Players are Documented in Film and Photos   JAN 14, 2015 – HuffPo has an amazing article up by Priscilla Frank about photographer Lou Bopp documenting the last vestiges of a great American culture, the “Old School” Delta Blues musicians that would fill the juke joints with their amazing and truly…

August 7, 2013 – One of my favorite guitarists right now that is keeping the blues alive, is Joe Bonamassa. Joe loves the blues so much he has formed a non-profit called, "Keeping the Blues Alive", an organization that donates instruments to schools, repairs instruments, and many other projects aimed at teaching young people the great tradition of blues and honoring the American heritage of this great musical genre. They work hard and keeping school musical programs going, at a time when school musical programs are facing cuts and even cancelations. To create buzz and awareness for his organization, he has launched a "Win this Stevie Ray Vaughn Signature Guitar" contest, where anyone can enter to win a fabulous Fender Stratocaster, Stevie's favorite guitar. Stevie Ray Vaughn is a huge inspiration to Joe, as he is to a lot of people, and this is to honor one of the greatest blues guitarists of all times.

Check out the Keeping The Blues Alive Website here, and to enter the contest to win the Stevie Ray Vaughn Signature Stratocaster Guitar, go here. Meanwhile, check out one of the kids his organization is helping, a 16-year-old kid named Tallan Noble Latz playing "The Sky is Crying" below from his YouTube Channel.

OCT 26, 2012 – Janis Joplin's influences, talent and remarkable life are being put on stage by Cleveland native Mary Bridget Davies, along with Randy Johnson creating, writing and directing the "One Night With Janis Joplin" show. The Arena Stage, Cleveland Play House and Premiere Media put together a show to remember and honor one of rock's giants. The show will show the legends she was influenced by, from Bessie Smith, to Etta James, to Aretha Franklin and more; and of course TONS of awesome Janis Joplin music.

Mary Bridget Davies also starred as Janis Joplin in the national tour of Love, which was nominated for the Austin Circle of Theaters’ B. Iden Payne Award as well as voted “Best Moment in Theater” by Kansas City’s The Pitch newspaper. Ms.Davies has also received numerous awards for her voice and band, most recently winning second place at International Blues Challenge 2011. She tours internationally with Joplin’s original band, Big Brother & the Holding Company.

Janis Joplin exploded onto the music scene, and plowed her way to the top in a music scene dominated by men both in the studio and the stage. She sang her heart out, and touched millions of peoples' lives and the ripples from her life continue to this day. She was a centerpiece of the 1960's, and even sang at Woodstock, but she didn't let them use the footage because she said she "had a cold". To discover or RE-discover Janis Joplin, check out the official Janis Joplin website here. Check out more info about "One Night With Janis Joplin" on the Arena Stage show website here, and check out the awesome singer Davies who plays Janis on the Mary Bridget Davies website here. Below is a video of Janis' brother Michael who comments on the show and you can get a small taste of the show.

FEB 22, 2012 – President Barack Obama hosted a blues concert at the White House last night with BB King, Mick Jagger, Buddy Guy and more, and at the end when he was telling everyone goodnight, Buddy Guy told the President, "We were trying to get you to help us sing! Because I heard you singing Al Green, so you done started something, you gotta keep it up now!" Then Mick Jagger offered his mike to Obama. The crowd chanted, "Sing! sing!"

President Obama was hesitant at first, but ended up singing a few lines of the blues classic "Sweet Home Chicago", and just like the Al Green song he sang awhile back, he nailed it. Watch the performance below. The show will air on PBS on February 27, find and check your local PBS listings here.