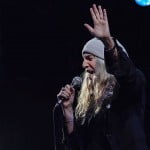 Musician and Poet Urges Other Musicians to Try Social Activism SEP 29, 2015 – Patti Smith, one of my favorite musicians from back in the day, just took part in Social Good Summit 2015 this week, and sat down with Mashable for an interview and talked music, activism and politics. I saw Patti Smith live […] 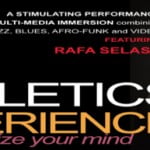 Social Activist Wants to Test Our Moral Compass JAN 5, 2015 – Watching his dad play congos and being immersed in music, Rafa Selase has always had music as a centerpiece of his life, and social activism was a common thread to it all. Rafa has now formed what he calls “The Souletics STEM Education […]

Oct 20, 2011 – Stephen Said, activist musician who is both of Iraqi and Austrian descent, grew up in Appalachia with blue grass and classical music from an early age, has come out in support of the Occupy Wall Street movement. In a Time Arts article he talks about how growing up around his father's ethnic heritage music influenced him from an early age and compelled him to have peace with himself and work for peace with his art. Recently has led crowds reciting a beautiful Arabic poem called, "Aheb Aisht Al Hirya", which translated into English would be, "I Love the Life of Freedom". The lyrics were written by the great Egyptian poet-laureate Ahmed Shawki, with music by the legendary singer composer Mohammed Abdel Whab written back in the 1930s. In a Examiner article he said about the song, "It's an anthem to global unity and equality that I learned from my father. Commenting on the Arab Spring and the youth uprising throughout the Middle East he said, "This is our moment – the moment when each of us must summon our highest, most poetic selves to courageously step into the brilliance of the next world, a world already in the making."

Said has made the MP3 available for use "by all those who are non-violently working to build the international movement for a more just society." You can download and check out the song at: http://stephansaid.com/audio/aheb-aisht-al-huriyah.mp3