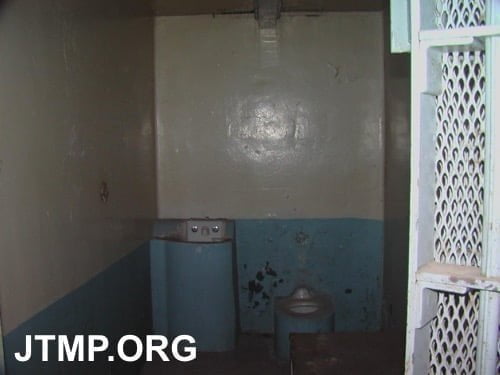 Obama Commutes Sentences, Gives NAACP Speech, and Will Visit Federal Prison July 15, 2015 – President Obama launched a tour this week to address America’s federal courts and prison system, even calling it an “injustice system”. President Obama wants us to completely overhaul our federal courts and prisons, and get rid of mandatory minimum sentencing…

Oct 17, 2011 – Harry Belafonte, a long time musical activist, will be featured in a HBO documentary debuting tonight called "Sing Your Song". His musical career has spanned decades and paralleled the civil rights movement, and he always spoke out and worked against social injustice in the world. In a recent Reuters interview, he commented on the Occupy Wall Street protesters saying, "I'm very encouraged by what young people are doing, and I think that the examples that we set with our own lives in the past have been a good measure for young people to begin to evaluate their own lives."

Harry Belafonte was a ground breaker and crossed over the segregated lines to become a star in 1956 with Calypso, and he was the first artist ever to sell over a million copies of a record. His activism caused him to be blacklisted and harassed by the House Un-American Activities Committee, and the CIA and FBI spied on him.

Some of the causes he has fought for over the years has been equality, civil rights, human dignity, and voting rights. In 1985 launched "We Are The World" to help fight famine in Africa. He constantly speaks out politically, and is not afraid at all to speak out against wars, Presidents, and more. When asked if he feared criticism from his remarks he said, "Bring it on. Dissent is central to any democracy."

Tom Morello, aka “The Nightwatchman”, was on Real Time with Bill Maher last night, and he talked about censorship, and he let his feelings known on the issue of musicians and bands, and for that matter any worker, speaking out on the issues they care about. They first discussed censorship, where Tom pointed out how after 9/11 there was a list of songs radio stations were asked not to play; like for instance “Imagine” by John Lennon, “Walk Like and Egyptian”, the Gap Band’s “You Dropped a Bomb on Me” and others.

Tom proudly proclaimed, “From that entire list, there was only one band where their entire catalogue was singled out, and that was my band, Rage Against the Machine”. The audience roared with approval and screamed out “Yeah!” He went on to say, “There was a message behind that. No one can say anything. It was a time where there should have been a great deal of debate. Why did this [9/11] really happen? What’s going on? Is there more to it than crazy guys on planes? That was a time when everyone we should have been able to speak their minds fully and completely, and let’s have a better understanding. ”

(click Read More for rest of story and video)