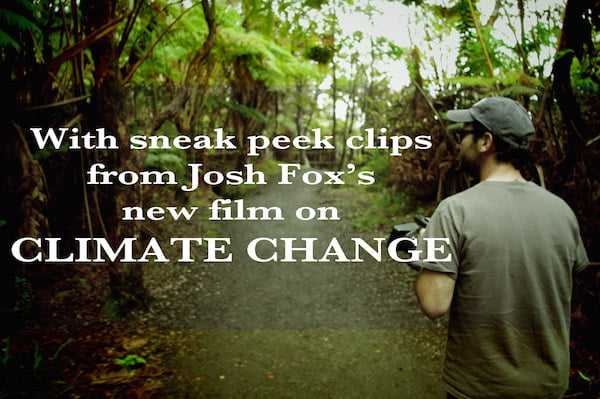 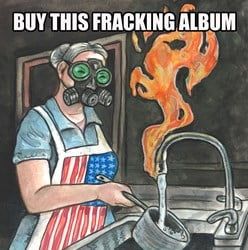 ACTIVIST MUSICIANS HOPE TO GET PAUL MCCARTNEY ON ALBUM JUNE 6, 2014 – Activist musicians fighting against fracking are putting together songs for an album to be released later this year titled, “Buy This Fracking Album”. Some of the activist musicians involved is the late Pete Seeger (did he have a song recorded before his passing?)…

APR 22, 2013 – Yoko Ono has been hard at work in the anti-fracking activist world recently. She formed "Artists Against Fracking", which JTMP is proud to be a part of; and now Yoko has written a post for HuffPo and is saying, "Let's Give Clean Water a Chance". Using a variation of her and her husband's "Give Peace a Chance" slogan, she has written a blog abut the recent Riverkeeper's Fisherman's Ball and to protest fracking:

Yoko Ono: "I was proud to be a part of the gathering of hundreds of clean water supporters at the recent Riverkeeper's Fishermen's Ball…It was a true celebration of the power of the grassroots movement for clean water and sustainable energy. People all over New York have channeled that understanding into action. Because of this grassroots resurgence, we have seen amazing things transpire. And it is not about to stop…The anti-fracking movement is an organic one, driven by people's experiences and valid concerns about having a harmful and contaminating practice invade their land, homes and communities. For me, it started when gas companies visited my town in upstate New York to pitch a natural gas pipeline that would provide infrastructure for future fracking…I did not want to see my land destroyed."

Don't forget about JTMP Green here, and check out some awesome pics of Yoko with RFK Jr. and more, and read the entire post on HuffPo here.

APR 18, 2013 – Longtime musical-activist Pete Seeger has been announced as one of the over 200 performers playing at the Milford Musicfest, a music event that centers around music, activism and progressive policies such as sustainable energy and opposition to fracking and the Keystone XL Pipeline. Read more on JTMP Green here.  (photo credit: Anthony Pepitone/CC)

APR 2013 – To protest the Keystone XL Pipeline and Fracking, the Keystone Pipeline Kops have come together to say "Halt!" to the construction of the Keystone XL Pipeline, and recorded John Prine's great classic, "Paradise", with the lyrics updated for the times. We wanted the song to connect the trips to the outdoors we had as a child, and how we came to love the outdoors and become environmental activists to protect the rivers and woodlands we love so much. Because of the inevitable oil spills and the loss of wildlife and woodlands, as well as our air and water being poisoned, this song calls for a massive protest against the Keystone XL Pipeline, against the Tar Sands development, and against the dirty practice of Fracking. Check out the song below, and sign the JTMP petition on Change.org calling on President Obama to stop the construction of the Keystone XL Pipeline. We are looking for 100,000 signatures, which we will then present to the White House, so please sign today! Also, start or join a discussion on this issue at our JTMP Facebook Site: www.Facebook.com/JusticeThroughMusic.

PARADISE/KEYSTONE PIPELINE – Click the Gear Icon and watch in 720p or 1080p HD!

MAR 7, 2013 – The New York State Assembly has banned the practice of fracking for 5 years, which is a good victory for the anti-fracking activist community, but does show we need to keep the fight up until we have a permanent ban.  (photo credit: Leeseann/Flickr/CC)

JAN 21, 2013 – Raw Story has a great post up about what JTMP blogged a few months back about, "Artists Against Fracking", and how Yoko and Sean Lennon are getting involved in the fight against fracking. Yoko comments in the article, “It’s not just for me, but for New York State and New York City as well. But also when we lose this game we’re losing not just for New York State but for the United States and for Britain. I’m getting letters from Britain saying, ‘Yoko, please do something, they’re starting to frack here.’” Read more on RawStory here.
(photo credit: RawStory)

DEC 10 – JTMP is excited to announce we have joined up with a great organization called "Americans Against Fracking", joing dozens of other organizations and millions of grassroots American activists dedicated to stopping the environmentally harmful practice of hydraulic fracturing for natural gas, or "fracking". We believe the practice of fracking poses an immediate threat to our natural resources, and we want to preserve our precious natural resources such as air, water, and land for future generations. Read more on JTMP Green here.

OCT 18, 2012 – Activist musician Jack Johnson, who helped out with Farm Aid 2012, is hooking up with Waterkeeper Alliance and sharing stories of clean water through video. He talks of surfing with his dad to taking his children to waterways and the importance of the waterway being clean and healthy. In a press release Jack said, “Some of the earliest memories I have are these abstract things of being on the front of my dads surfboard – and one time pulling into a little bit of a tube.  Water has been part of my life since the beginning.  Its everything on the spectrum from a place my family goes to enjoy themselves, I take the kids there everyday, we go down and play in the water – its sort of  meeting place for the families in our community.  And that way, it kind of becomes the closest thing we have to a church – its a spiritual thing. The Waterkeeper Alliance is an amazing organization because you can get involved on your local level and you realize your making a change for good around the whole nation.  All rives flow to the oceans.”

Check out the video below of Jack singing a song for clean water, and to find out more and get involved, check out the Waterkeeper Alliance's website here.

Also, check out the other videos he made: