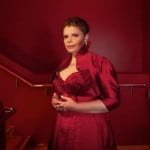 Cheetham Wanted to Change Lyrics Drastically to Reflect Respect for Earth and Diversity OCT 20, 2015 – The Australian news outlet Adelaide Now is reporting that a well-known aboriginal Australian opera singer turned down an offer to sing Australian’s national anthem “Advance Australia Fair” at the big AFL Grand Final sports event, for Cheetham being both […] 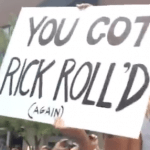 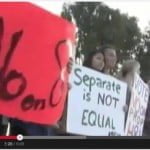 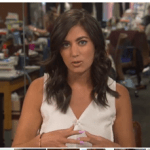 June 26, 2015 – Caroline Madarressy-Tehrani of HuffPo Live discusses country music’s reluctance to accept Equality with country music DJs and critics. It seems Christian country music fans will not accept gay marriage, equality and acceptance when it comes to the LGBTQ community, they are dug in. Watch the video on HuffPo Live here. 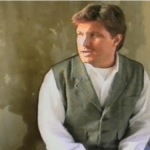 Ty Herndon and Billy Gilman Come Out of Closet NOV 23, 2014 – Two more country stars have “come out of the closet” as they would say and have announced to the world “they are gay”. Ty Herndon (pictured above) made the revelation to his fans and the country music world in a People Magazine interview, […]

OCT 14, 2013 – Laura Lush, punk rock bass player for the band "Get Shot" that mixes music and pornography, masturbated on the front lawn of the Westboro Baptist Church to protest their hatred and unhealthy attitudes towards sex by the Westboro Baptist Church. In a statement Laura said, "The Phelps family and Westboro Baptist Church are ridiculous and do nothing except spread hate and cause controversy. As a bisexual woman and a bass player of a ridiculous punk band, I want to spread my legs and cause controversy." If you are aged 18 or older, and are not a prude, watch the masturbation video below. WARNING: SEXUALLY GRAPHIC VIDEO!

MAR 28, 2013 – I came across this awesome pic on Facebook of Willie Nelson, after an interview with Texas Monthly, showing his support for marriage equality with a customized version of the popular red equality logo that is going viral on social media. Christian Helms of Helms Workshop designed the sign with the customized logo, and changed the equal signs to two joints, something he has always been associated with. JTMP also supports marriage equality, and hopes the SCOTUS will come back and throw out Prop 8 and DOMA. Read the article on Texas Monthly here.  (photo credit: Texas Monthly)

MAR 30, 2012 – A gay blogger has released a handwritten letter he received from Fiona Apple way back in 2000, when he was a 16 year old student in high school. He met her briefly before a show in 2000, and asked if she could write a thing or two in support of gay people for his work with the gay-straight alliance that he was a member of. Fiona did write a handwritten letter of support and got it to him within days. He remarks about it on his Tumblr blog and wants to finally thank her for "taking time out and being so thoughtful, especially for a lonely, weirdo like me". See the letter on Bill's Tumblr blog here.
(photo credit Sara C/Wiki)

MAR 15, 2012 – Musician Miley Cyrus Tweeted a pic the other day about science, stardust, and the scientific part of the origin of life, and angered her Christian Twitter followers. The Tweeted pic had a quote from Canadian-American theoretical physicist Professor Lawrence Krauss that said, "…forget Jesus. Stars died so you can live." (see Tweet and full quote below) After angering many of her religious and Christian followers, she responded with the famous Einstein quote, "Science without religion is lame. Religion without science is blind".

Miley Cyrus continues to be brave and take a stand for equality and tolerance by ReTweeting NOH8 Campaign Tweets, and now she takes a stand for science and facts, and didn't back down when attacked for her beliefs and free thought by religious extremists.