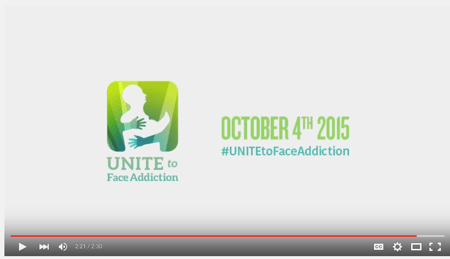 Musician Steve Tyler allows use of his song “Dream On” and to perform at UNITE event AUG 28, 2015 – Steven Tyler, Aerosmith’s vocalist, has allowed the use of his classic rock song “Dream On” to be used in the first video by UNITE To Face Addiction announcing the October 4, 2015 event here in DC,…

August 12, 2013 – Justice Through Music has been blogging about justice recently, and how it is hard for American citizens to move on with their lives after making mistakes, and Eric Holder came out today with something JTMP wants to applaud him for. Speaking to the American Bar Association's House of Delegates in San Francisco, he announced that the US Justice Department will no longer pursue mandatory minimum sentences for low-level non-violent drug offenses. For those of you who do not know what mandatory minimum sentencing is, it is a stupid idea the US Congress came up with years ago to take away the power of a judge to impose sentences and have automatic jail time for offenders that has caused our prison population to soar and ruin millions of people's lives; often for non-violent drug offenses which are a health issue not a criminal one. Addicts not only have to face battling their demons of addiction, but then they have an albatross around their neck with a criminal charge and a prison record, which interferes with them finding a job and moving on with their lives.

Eric Holder said we as a nation "cannot prosecute or incarcerate" our way to safety, and JTMP wholeheartedly agrees; addicts need health care and treatment, NOT incarceration. Holder added that the stupid "war on drugs" has been "ineffective and unsustainable" and also pointed out the injustice of disproportionate arrests and prosecutions of African-Americans and called it "shameful". Another important and significant thing he is implementing is that he is having prosecutors leave out the amount of drugs involved, thereby stopping the "trigger" of mandatory jail sentences kicking in; but we need the US congress to get rid of the law. JTMP urges our supporters to contact your congress members and tell them you support Holder's move, and ask them to get rid of mandatory minimum sentencing laws for non-violent drug offenders. Tell them we need more funding for treatment, not more prisons. Also, only 10% of low-level non-violent drug offenses are in the federal justice system; we need to work at the state level and get rid of this Draconian practice at the state level too, so contact your state delegates, representatives and state senators and tell them you want treatment for low-level non-violent drug offenses, NOT prison.  Read more on CNN.com here.   (Photo credit: US Dept. of Justice)