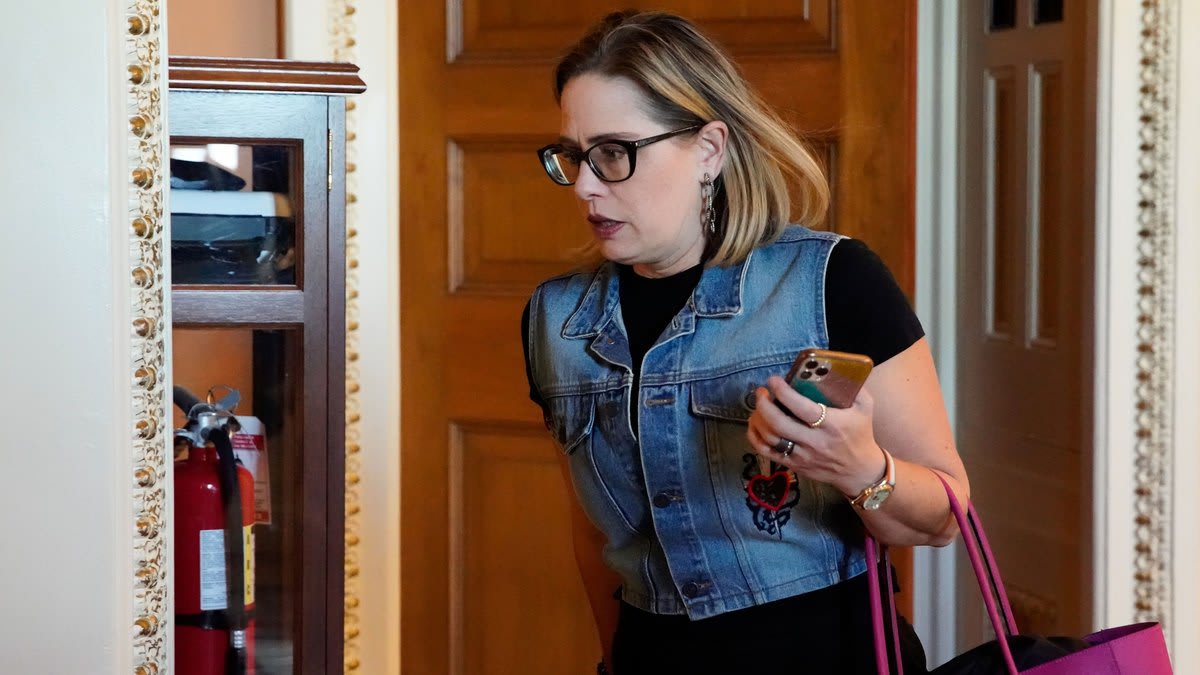 In other words Kyrsten, you never were a democrat. You lied about being one and were part of the Republican ringer society. You pretended to be a democrat to infiltrate the democratic party. But later when Mitch McConnell required you to pay fealty to his needs, you quickly gave into him and showed your true spots as a closeted Republican. You and Joe Manchin can go suck eggs. You weren’t fooling anyone. The fact that you went independent matters not. Just get the fuck out and never come back.

Sen. Kyrsten Sinema of Arizona said in remarks published at 6 am ET Friday that she’s leaving the Democratic Party and registering as an independent.

Why it matters: It’s a political earthquake that will shake up the Senate — and a gut punch for Democrats just three days after they secured a 51-49 majority.

Our thought bubble, via Axios’ Josh Kraushaar: Sinema views activists in the Arizona Democratic Party as extreme as the state Republican Party.

“Arizonans — including many registered as Democrats or Republicans — are eager for leaders who focus on common-sense solutions rather than party doctrine,” Sinema says in an op-ed in The Arizona Republic, her state’s largest paper.

“I know some people might be a little bit surprised by this,” Sinema told CNN’s Jake Tapper. “But, actually, I think it makes a lot of sense. … I’ve never fit neatly into any party box. I’ve never really tried. I don’t want to.”

What they’re saying: “Senator Sinema has been a key partner on some of the historic legislation President Biden has championed over the last 20 months,” White House press secretary Karine Jean-Pierre said in a statement.

Worth noting: Gallego teased a Senate bid Friday after Sinema’s announcement, saying he was “thinking of running,” per a fundraising text his campaign sent out.