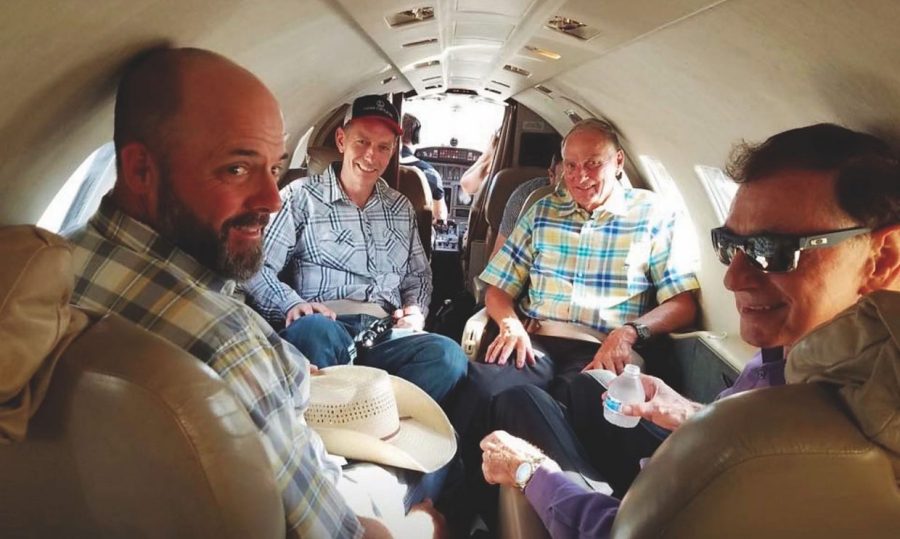 U.S. House Natural Resources Committee Chairman Raúl Grijalva and committee member Rep. Katie Porter are investigating an alleged bribery scheme in which they believe a real estate developer donated to a super PAC aligned in support of former President Donald Trump in exchange for pardons for two other men.

The two Democrats wrote to Interior Secretary Deb Haaland on Friday, calling on her department to release all documents related to the pardons of Dwight and Steven Hammond, who had been convicted in 2012 of setting fires on public lands they had leased after illegally killing deer on the land. The two men were sentenced to five years in prison with time served in 2015, sparking right-wing protests including a 40-day armed occupation of Malheur National Wildlife Refuge in Oregon.

Grijalva, Ariz., and Porter, Calif., believe real estate developer Mike Ingram—who was the subject of the Natural Resources Committee’s first-ever criminal referral regarding another potential bribery case involving a clean water permit for one of his developments—secured the Hammonds’ pardons in 2018 with a $10,000 donation to the America First Action, Inc. Super PAC.

According to the letter, Ingram’s assistant emailed a Trump Interior Department official on May 25, 2018, attaching two articles arguing for the Hammonds to be pardoned. On July 1, a Republican lawmaker who supported the Hammonds tweeted that Trump was “seriously considering” pardoning them.

One day later, Ingram made his donation, and just over a week after that Trump announced he was pardoning the Hammonds.

“Mr. Ingram made only one other $10,000 donation during the 2017-2018 nonpresidential election cycle,” wrote Grijalva and Porter. “That donation was the subject of the committee’s criminal referral regarding the Villages at Vigneto development [in Arizona]. In that case, Ingram and 12 other individuals, many of whom maintained personal or professional relationships with Ingram, donated nearly a quarter of a million dollars to the Trump Victory Fund and the Republican National Committee on the same day or within just a few days that a major federal action regarding Vigneto was made in Ingram’s favor.”

“The parallels between the Vigneto case and the Hammonds’ pardons raise significant concerns about another potential case of bribery under the Trump administration and warrant further investigation,” they added.

On social media, Porter noted that she and Grijalva uncovered the evidence of Ingram’s alleged bribe “while investigating a possible $240,000 quid pro quo scheme between the Trump administration and a developer.”

“We’re requesting documents to help us get to the bottom of [the Ingram case],” Porter said. “I have zero tolerance for corruption.”