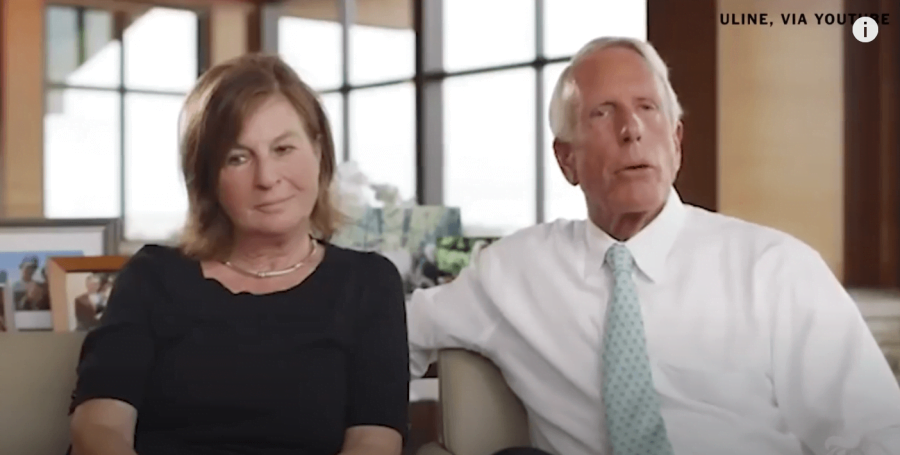 Talk about needing to get money out of politics, Dick Uihlein is one huge reason for it. You can’t have good government by and for the people with billionaire scumbags like this running around spreading lies and wild rumors about election denial and fronting for Vladimir Putin. Dick Uihlein (sounds like Obergruppenführer Uihlein to me) needs to be kicked out of the United States and sent to mother Russia to fight in the battle for his fuhrer Putin.

Right-wing megadonor Dick Uihlein has been funneling tens of millions of dollars to election deniers, but a previously unreported IRS filing shows he has also teamed up with one.

woboda, a former Trump campaign official and the vice chair of the Arizona Republican Party, is now leading a misguided charge against the ballot count in that state on behalf of GOP gubernatorial candidate Kari Lake.

Swoboda currently serves as “election integrity” coordinator for Lake, whose repeated false claims of voter fraud have ingratiated her to former President Donald Trump and who still refuses to acknowledge her election loss to Katie Hobbs. After the election, Lake promoted Swoboda’s appearance on a right-wing podcast.

In addition to hiring Swoboda, the filing shows Restoration Action’s accounts swelling for the second year in a row.

According to the filing, in the 12 months following the Jan. 6 attack on the Capitol, Restoration Action’s revenue topped $20.5 million—double what the group raised in 2020, and light years beyond its $64,000 haul in 2019.

As a 501(c)(4) nonprofit, Restoration Action doesn’t have to disclose the names of its donors, though it is tied to the larger Restoration of America network, funded almost exclusively by the Uihleins. And the document shows that in 2021, one anonymous donor accounted for $19,860,445 of Restoration Action’s total revenue.

More notable than the influx of cash, however, is the spike in spending. The nonprofit not only doubled its income from 2020 to 2021, it also began handing out more money. In the year after the Jan. 6 insurrection, Restoration Action gave more than $9.6 million to conservative causes, most of them laser-focused on so-called “election integrity” projects. The year before, that number was a little shy of $1.4 million.

“Restoration Action is a hub for election denial, including funding some of the key players pushing election falsehoods in Arizona at the moment,” Fischer said. “This is a reminder that there’s big money behind the push to undermine democracy. Through Restoration Action and other entities, an array of groups pushing election conspiracy theories are backed by literally tens of millions of dollars from just one billionaire couple.”

That billionaire couple—Dick and Elizabeth Uihlein—constitute the biggest Republican donors overall for the 2022 midterms. And the overwhelming majority of their contributions—about 80 percent—have gone to candidates who have denied or questioned the 2020 election results, The Daily Beast previously reported.

The group onboarded Swoboda in May 2021, to run a wholly controlled offshoot called the Voter Reference Foundation (VoteRef), the Center for Responsive Politics reported. This was just months after she had peddled misleading information in the wake of Trump’s defeat as his campaign’s chief of election day operations in Arizona.

Election officials have called VoteRef’s methodology flawed and raised questions about whether its work is lawful, ProPublica reported. (The same month Restoration Action created VoteRef, Uihlein gave $1.5 million to an affiliated political action committee, called “Restoration PAC,” according to a filing with the Federal Election Commission.)

VoteRef has focused its efforts not just in Arizona, but the Midwest. (The Uihleins live in Illinois and have focused much of their giving in Wisconsin.) Over the past year, VoteRef has disclosed the personal information of millions of voters as part of a broader effort to empower members of the public to search for alleged “errors” in voter rolls. (Some states make it illegal to publish voter registration rolls.)

While Restoration Action isn’t required to list its donors, it does disclose the groups it funds. And they’re associated with fringe causes, including election deniers.

The top recipient last year was anti-abortion juggernaut Susan B. Anthony List, which got $3.2 million. About $2 million of it was allocated to an unspecified “restricted grant.” While the purpose isn’t spelled out, in February 2021, the month after the insurrection, SBA launched an “Election Transparency Initiative” in conjunction with another Uihlein-sponsored group called the “American Principles Project.”

The American Principles Project got $900,000 from Restoration Action, according to the IRS filing. APP aired last-minute election ads in Arizona accusing Democratic Sen. Mark Kelly and President Joe Biden of “pushing dangerous transgender drugs and surgeries on kids.” (In December 2021, Twitter suspended APP’s director of policy and government affairs for an anti-trans tweet.)

Restoration Action also threw $600,000 to the super PAC affiliated with Jan. 6 rally organizer Tea Party Patriots. (Uihlein was that group’s top donor in 2020.) However, it’s unclear from the filing whether that 2021 donation came in the five days when the group was organizing the rally, or in the 360 days after that event flowed into a deadly attack on the Capitol.

Another $1.5 million went to the Lawyers Democracy Fund, a conservative dark money group that advocates for changes in election law. In October, LDF filed an amicus brief with the Pennsylvania Supreme Court as part of a successful challenge to toss out undated mail-in ballots. The previous month, LDF had filed a separate amicus brief in the U.S. Supreme Court, supporting North Carolina Republicans who want to apply the “independent state legislature” theory—the controversial claim that state legislatures wield ultimate control over electoral outcomes, a controversial appropriation of power that both liberal and conservative groups have disputed.

And the group sent another half a million to Fight Voter Fraud, which has also pushed baseless claims of election malfeasance, including in 2021.

Another recipient, the Liberty Initiative Fund, donated $675,000 to a group fighting for more restrictive voter ID requirements in Michigan. That Michigan group raised $2.2 million total, with $1.5 million coming from Uihlein himself.

But Restoration Action also did its own work. In the tax document, the group states that over the course of 2021, it used digital media and direct mail to push its “blueprint for America,” and to “encourage participation in the electoral process.”