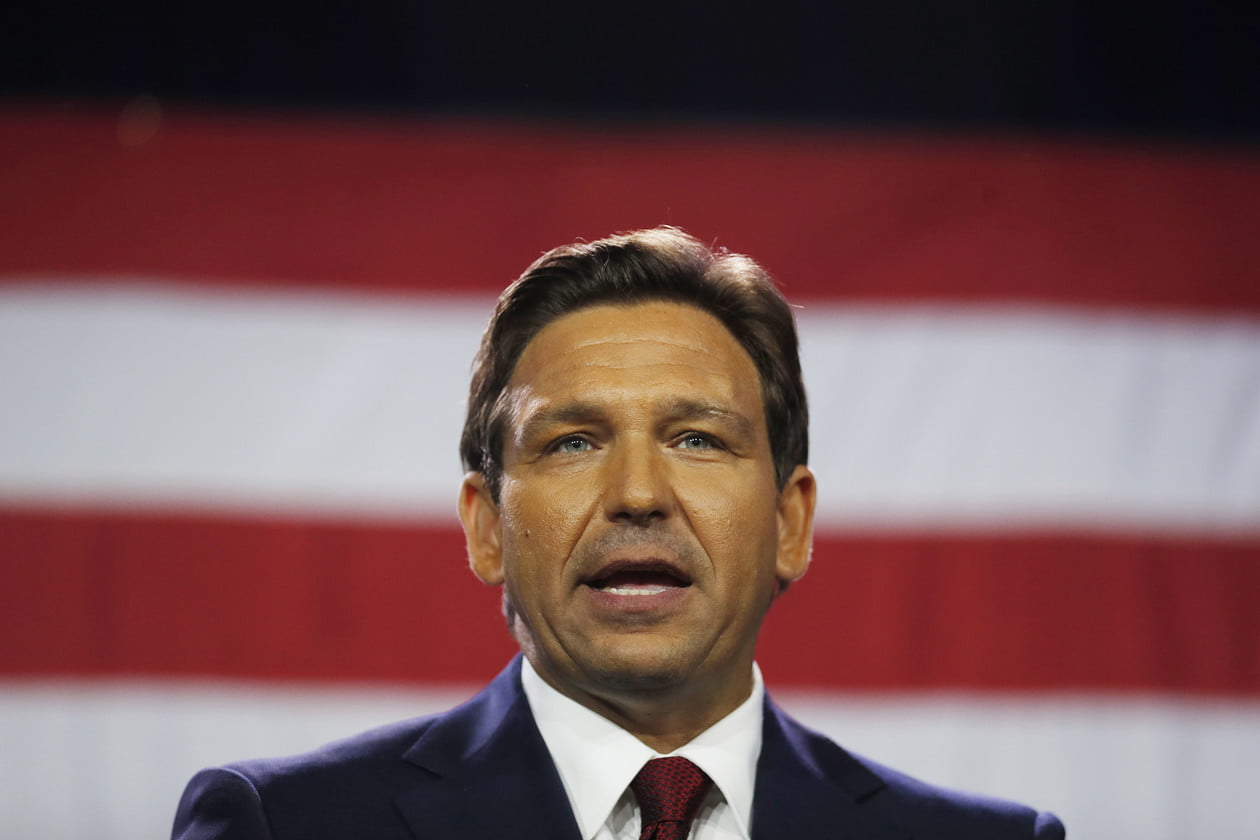 While DeSantis has not yet said he will definitely run in 2024, he has emerged as a top potential contender for the job.

Florida’s top Republican leaders say they are willing to change state law to smooth the way for Gov. Ron DeSantis to run for president in 2024.

Both House Speaker Paul Renner (R-Palm Coast) and Senate President Kathleen Passidomo (R-Naples), both of whom were sworn into their new posts on Tuesday, agreed it would be a “good idea” to make it clear that DeSantis would not have to resign if he wound up becoming the GOP nominee.

DeSantis was reelected to a second four-year term earlier this month after he defeated his Democratic rival by roughly 20 points.

“If an individual who is Florida governor is running for president, I think he should be allowed to do it,” Passidomo told reporters. “I really do. That’s a big honor and a privilege, so it is a good idea.”

While DeSantis has not yet said he will definitely run in 2024, he has emerged as a top potential contender for the job. Some are pressing him to run even though former President Donald Trump has already announced his third bid for the White House. Recent polls have shown support for DeSantis is rising among Republican voters.

Florida law requires anyone running for a new office to put in an irrevocable letter of resignation ahead of qualifying if the terms of the two offices overlap. The law was changed in 2008 to open the door for then-Gov. Charlie Crist to seek the vice presidency, but legislators reversed course four years ago and put back in a place a requirement that someone seeking federal office would have to resign ahead of the actual election.

The 2008 law did include a carve-out for someone whose term is about to end, but that would not apply to DeSantis. The carve-out allowed then-Gov. Rick Scott, who defeated incumbent Sen. Bill Nelson that year, to remain in office until the day DeSantis was inaugurated.

Renner said that proved state legislators had been “inconsistent” about the state’s resign-to-run law, and that was one reason he was open to changing it again.

POLITICO reported earlier this month that those close to DeSantis say he has not made a final decision about running for president, but that if he does, he would likely wait until after the 2023 session that starts in March.

That would also be the time the Florida Legislature, which now has a GOP supermajority in both chambers, would consider changes to state election law. Florida legislators routinely pass election law changes in non-election years.

DeSantis has brushed aside talk of a possible presidential run, including a potential confrontation with Trump, telling people to “chill out.” It was Trump’s endorsement that catapulted DeSantis ahead of then-Agriculture Commissioner Adam Putnam in the 2018 Republican primary.

Trump recently attacked DeSantis for playing games by not announcing his presidential ambitions.

“He says, ‘I’m only focused on the governor’s race, I’m not looking into the future.’ Well, in terms of loyalty and class, that’s really not the right answer,” Trump said in a Nov. 10 statement and in a post on his social media platform Truth social.

A Trump-DeSantis confrontation would likely split many Florida Republicans, with some, such as Rep. Matt Gaetz who was part of DeSantis’s 2018 transition team, backing Trump.