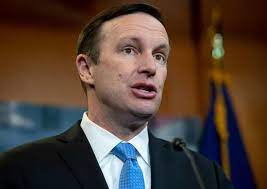 A lot of unpacking to do since Musk took over Twitter, and one of those things is the money invested by the Saudi’s into Twitter along with Elon Musk and others. Murphy contends that there is some national security implications over the investment. Musk, tied to Putin, the Saudi’s doing Putin’s bidding in cutting back on oil production recently to stick it to President Biden during the midterm election, and a host of other shadow deals to turn Twitter into a Putin supported messaging app.

These issues are brining out the heat and the calls to scuttle the deal and pull Twitter out of the hands of Musk and his investors under a National Security threat review. If you’ll remember, Trump tried to claim that TikTok should be bought out by an American company or banned outright since it was owned by ByteDance a Chinese government owned operation. Here, it’s somewhat the same. Twitter was bought out by those who should be deemed a threat to our National Security.

Musk’s takeover has resulted in a potential mass firing of most employees as well as their Christmas benefit packages that were set to be paid on December 1st, not be paid since he fired everyone in top management and now threatens to cut the workforce by 75 percent. Musk of course denies the claims that he will cut the workforce to that degree, however it’s been rumored today that Musk will start charging 20.00 dollars a month for verified users to keep their blue checkmarks, and that has been met with a mass amount of blue checkmarks saying they are leaving the platform.

Of course the right wing lunatics who favored Musk’s takeover have been out in force spreading their version of free speech by calling out the N word about a million times, as well as testing whether those that were banned can now come back. Nick Fuentes, a groyper and white nationalist, tried to come back but was instantly banned after about 5 minutes online. But this policy may not last. It may be that since Musk and his Tesla engineers, and David Sacks, his second in command, play the new game out with those who want back on, they might start letting these people back on in tranches. First a few easier ones, then later as time goes on the more harder core people.

Musk tweeted out a conspiracy theory link earlier that claimed that the attack on Nancy Pelosi’s husband was not what it seemed, and staged, and the husband brought the guy home etc etc. But after it was shown to be a fake news site that pushed out antivaxx material and bullshit conspiracies about aliens on the planet and so forth, he quickly deleted the tweet and then claimed later on he never retweeted anything and it was all a lie.

Musk is in some deep shit right now on Twitter, and will be bogged down in Twitter drama for quite some time down the road if he stays focused on it like he is now. So it stands to reason he will soon get bored with it and hand it off to others to run it and take the heat for his decisions without him actually being hands on and having to take the heat himself.

Biden administration officials are discussing whether the US should subject some of Elon Musk’s ventures to national security reviews, including the deal for Twitter Inc. and SpaceX’s Starlink satellite network, according to people familiar with the matter.

Twitter shares fell 5.1% as the market opened in New York