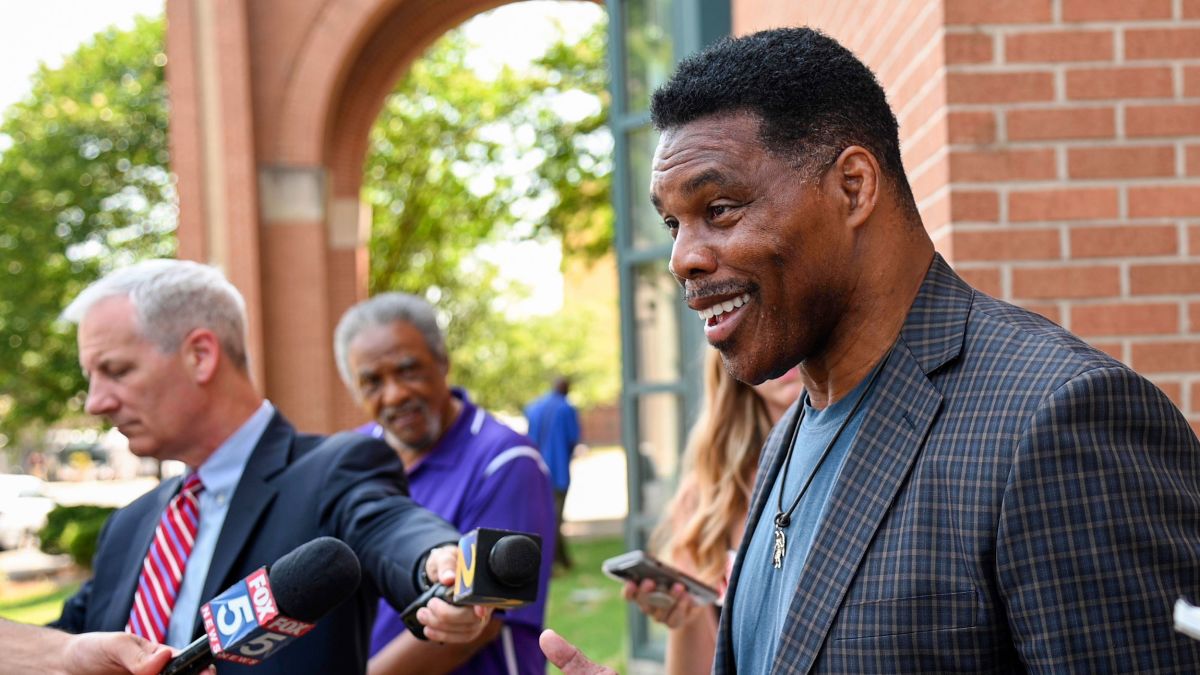 You must be joking sir. Herschel Walker is a threat to you? Please. If the state of Georgia wants that dumb bastard and is willing to vote for him then Georgia is one of those failed states like umm, Alabama,

It’ll be a third world country if it’s run by that loser. I think the people of Georgia are smarter than that. Herschel is a distraction, and you should be laughing at that idiot instead of living in fear of him. Just my two cents. The guy has no clue about anything. He wouldn’t be able to name 5 states much less 50 of them. My God Schumer, the guy is brain dead.

Senate Majority Leader Chuck Schumer (D-NY) was caught on a hot mic telling President Biden Thursday that Democrats are “in danger” in at least one Senate race and admitting that the party is “going downhill” in the closely-watched Georgia contest.

“That seat, we’re, we’re in danger in that seat,” Schumer could be heard telling the president on the tarmac at Syracuse Hancock International Airport. It’s unclear to which seat Schumer was referring.

“But you know, it looks like the debate didn’t hurt too much in Pennsylvania as of today, so that’s good … basically, we’re picking up steam in Nevada,” Schumer continued, referencing Pennsylvania Senate candidate John Fetterman’s poor showing in his first and only debate with GOP opponent Dr. Mehmet Oz.

Biden could be seen crossing his fingers as Schumer delivered his assessment that Fetterman’s debate performance didn’t end his chances. The president exchanged some words with Schumer as well but it was unclear what he was saying.

“The state where we’re going downhill is Georgia. It’s hard to believe that they will go for Herschel Walker,” a shocked-sounding Schumer told the president.

Polls show tightening Senate contests in Nevada, Pennsylvania, Arizona, and Georgia, among others.

The Cook Political Report changed its assessment of Arizona’s Senate race from “Lean Democrat” to a toss-up on Thursday, suggesting the GOP could flip the state. And Real Clear Politics’s adjusted poll average has Republican Blake Masters leading incumbent Democratic  Sen. Mark Kelly by 0.1 percentage points and lists the state as a likely “GOP pick up.”