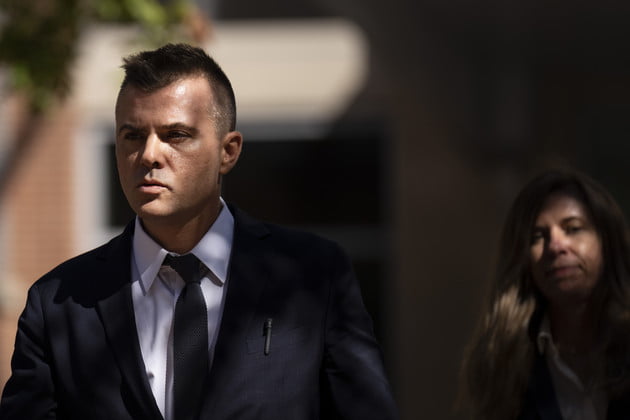 Good Old Boy Johnny Durham lost another case, but this time he lost so badly as to prove one thing, his mission was flawed from the beginning. But was it really? What was it really about? Trump hired him to show that the entire Russian collusion thing was a hoax perpetrated by a vengeful FBI and a host of democrats. From day one Trump was beset by allegations that Russia was involved in helping him get elected. They were though, and during the Helsinki meeting Vladimir Putin claimed in public at the conference that yes, they did in fact help him, because it was in their interest to help him.

Nothing could be further from the truth than that of course.

Trump could shoot someone on the street and still not lose a vote. After Trump was responsible for over a million dead in the United States alone from Covid, he was still able to muster more votes than he won previously in 2016. Some 70 million people still voted for him in 2020 no matter how badly he ran the government, and no matter how badly he compromised national security by giving the Russians access to our most sensitive secrets, and no matter how much he lied to the people every minute of the day.

So, suddenly we are to believe that the mere existence of some pee tape would finally be the nail in his coffin to take him out of power? Bullshit. Trump wouldn’t be taken down by such a tape. He could have sex with a hundred hookers a night who peed all over him while he laughed and sang, and his evangelical base would forgive him and or declare him God and as such he would be allowed to have sex with a hundred hookers peeing all over him.

A million people dead in the United States alone, and nope, he didn’t lose a vote, he actually gained votes from it. So nothing the Russians had on him would have mattered.

But Durham was hired to go after those in the higher ranks of Law Enforcement that accused Trump of being a Russian asset (which he is in my opinion) and for a host of other issues that he had – such as being a Boss of Bosses in a major crime organization that counted him as boss numero uno. They wanted to show that the FBI and other agencies had it in for Trump, and in some respects he accomplished that very mission – even if it was a total abject failure in convicting anyone over it.

The DOJ can’t find its ass from a hole in the ground. They can’t even figure out if they can successfully prosecute Trump or any of his higher ups for anything less they lose at the jury stage. Not even for an attempted coup can they prosecute, not an attack on our nations capitol, not even for his attempted assassination of his own Vice President, who still to this day supports the guy who would have had him killed had the insurrectionists succeeded.

Confidence in these wankers has all but diminished to the point where the people finally see what the system was all about. It’s for the haves, and not for the have nots. If you or I or Joe Average went out and did even the most BASIC crimes these wankers have done, we’d all be buried under the jail or offloaded to a black site and never heard from again. But for them, no, they get away with anything and everything.

They dine regularly with sympathetic Judges or those they appoint. They have cadres, legions in fact, in all branches of the military and law enforcement supporting them. They have supporters and sympathizers in federal agencies, the FBI, the DOJ, the CIA and other intelligence agencies. They are in fact more protected than anyone else on this planet. If you cross them, they cross you out. If you are a threat to them, they terminate you and everyone around you. The people have no power to take these lunatics out. But they’ll keep telling you and I that yes, NO ONE IS ABOVE THE LAW. BULLSHIT!!!, They are ABOVE THE LAW, because they wrote the laws that you and I have to follow, while they laugh at us for having to follow laws they wrote that they DON’T HAVE TO FOLLOW.

The Danchenko verdict is the latest setback for the Trump-appointed special counsel’s investigation into the FBI and Russia inquiry.

Special Counsel John Durham’s probe into the origins of the FBI’s Trump-Russia investigation suffered another high-profile blow Tuesday, but his disciples see a silver lining in the veteran prosecutor’s checkered courtroom record.

Simply put, federal prosecutors are not used to losing. So, Durham’s defeat at the Danchenko trial — which came less than five months after a similar acquittal in another case brought by the special prosecutor — represents an unmistakable defeat.

However, Durham and his aides used the forum of the recent trials to air evidence of what they suggested was a failure by FBI personnel to pursue leads as they probed the sourcing of the Steele dossier, a compendium of allegations former British intelligence officer Christopher Steele assembled about links between Trump and Russia. Danchenko was Steele’s key source when compiling the dossier.

Durham’s open criticism of the FBI produced an unusual spectacle at the trial, as he and his team attacked the competence of FBI agents and analysts who were the prosecution’s key witnesses. The back-and-forth led to disclosures about senior investigators’ refusal to pursue inquiries that more junior FBI personnel thought were warranted, as well as ongoing efforts to discipline FBI personnel over issues related to the Trump-Russia investigation.

Defenders of the FBI’s Trump-Russia probe have said Durham’s criticisms have focused on a relatively small part of the broad investigation, although Durham could offer more disclosures in a forthcoming report. However, his back-to-back courtroom defeats suggest he and his aides misjudged those cases and committed some of the same investigative gaffes they’ve decried in the original probe.

Danchenko managed to defeat the charges against him even though he declined to take the stand in his own defense and called no witnesses during the trial. His attorneys suggested to the jury that he was the victim of a politically inspired prosecution by Durham, who was tapped in 2019 by then-Attorney General William Barr to look into how the Trump-Russia probe began and played out.

The jury of seven men and five women deliberated for about nine hours over two days before returning their verdicts.

Danchenko initially showed little emotion as the successive “not guilty” verdicts were read aloud by a court clerk shortly after 4 p.m. Tuesday. At least one member of the jury looked directly at him as the verdicts came down.

Danchenko glanced briefly at his wife, who began crying as the verdicts were delivered and was handed a box of tissues by a bailiff via one onlooker in the audience. Later, Danchenko teared up himself and embraced his attorneys.

Durham did not address reporters at the courthouse, but issued a written statement saying: “While we are disappointed in the outcome, we respect the jury’s decision and thank them for their service. I also want to recognize and thank the investigators and the prosecution team for their dedicated efforts in seeking truth and justice in this case.”

The four charges the jury considered all involve Danchenko’s statements about his dealings with Sergei Millian, who served in 2016 as head of the Russian American Chamber of Commerce.

Danchenko told the FBI that he received a call in July 2016 from an unidentified man who shared derogatory information about Trump. The Russian researcher said he believed the man was Millian and that the pair agreed to meet up in New York, but the man never showed.

Durham’s team said Danchenko never had contact with Millian and invented the entire story to cover for having told Steele that Millian was the source of a lurid story about Trump’s alleged actions at a Moscow hotel.

But the prosecutors found themselves in the difficult situation of having to prove a negative — that Millian never talked to Danchenko — and having to do so beyond a reasonable doubt.

Durham’s team suggested that the absence of Millian’s known phone numbers from call logs for Danchenko’s phone proved the two men never spoke, but the defense noted that people often speak via a variety of phone apps, such as WhatsApp and Signal.

They also noted that travel records showed Millian, who did not testify, arriving in New York from Asia on the night before the day Danchenko said he was supposed to meet the anonymous caller in New York.

Before the jury verdicts Tuesday, the criminal case against Danchenko had already proved to be difficult for Durham and his team. At the conclusion of the prosecution’s evidence on Friday, U.S. District Court Judge Anthony Trenga granted a defense motion to throw out one of the five false-statement charges the former think tank employee faced.

Durham had charged Danchenko with lying to the FBI when he said he never “talked” to public relations executive Charles Dolan about the compendium Trump’s political opponents paid Steele to compile about Trump’s ties to Russia. Many of the stories in the so-called Steele Dossier appear to be apocryphal and FBI personnel who testified at the trial said they were unable to corroborate any of it.

While there was proof at the trial that Danchenko emailed with Dolan about the dossier, there was no evidence the two men ever spoke. Durham’s team alleged the jury could find the emails amounted to talking, but Trenga- — an appointee of President George W. Bush — said it appeared Danchenko’s denial was literally true so the count had to be thrown out.

The prosecution of Danchenko on false-statement charges is the third criminal case brought by Durham’s team.

The first, against FBI attorney Kevin Clinesmith, netted a guilty plea from the lawyer for forging details in an email related to a surveillance application during the early stages of the Trump-Russia probe. Clinesmith, who said he altered the message to save himself time, got no jail time.

Jurors in Washington made short work of Durham’s second outing, a single-count false-statement charge against cybersecurity lawyer Michael Sussmann for allegedly lying about his client when relaying to the FBI suspicions about computer links between Trump and Russia.

A prosecutor argued to jurors that the evidence of Sussmann’s guilt was “overwhelming,” but after a two-week trial, the jury took just six hours to acquit the Washington lawyer.

Shortly after the verdicts were received, Trenga called Danchenko to the lectern, saying “Your bond has been discharged and you’re free to go.” After that, the Russian national also began crying and embraced both of his defense attorneys, Stuart Sears and Danny Onorato.

In the wake of the verdicts, Onorato and Sears shook hands with Durham and his prosecutors, Keilty and Brittain Shaw.

“We’ve known all along that Mr. Danchenko was innocent. We’re happy now that the American public knows that as well,” Sears said outside the courthouse, flanked by his client. “We thank these jurors for their hard work and deliberation for reaching the right result.”

The defense lawyers declined to answer questions from reporters, while Durham never came to the cameras stationed in front of the courthouse and commented only in his written statement.