Russia Losing Everything After Forced Annexation 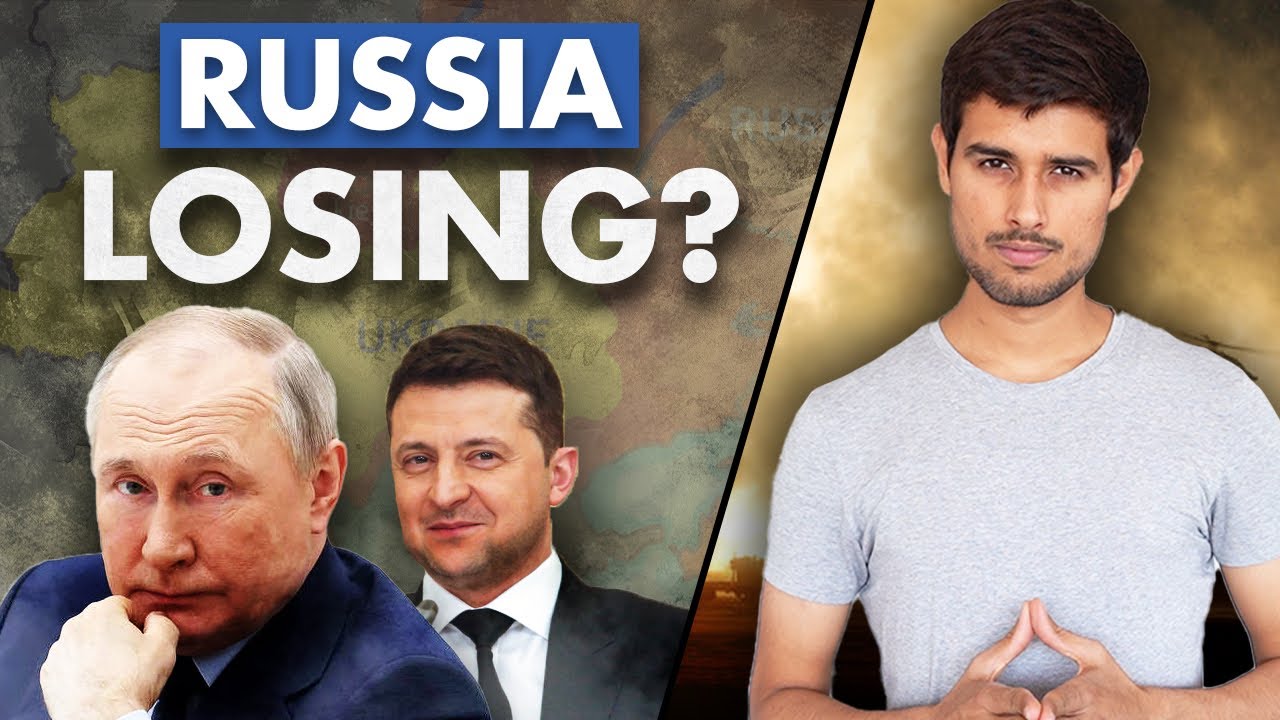 Russia no longer has full control of any of four ‘annexed’ Ukrainian provinces.

Russia no longer has full control of any of the four provinces of Ukraine it says it annexed last week after Ukrainian troops reportedly advanced dozens of kilometres in Kherson province in the south of the country and made additional gains in the east.

On Monday, the Russian military acknowledged that Kyiv’s forces had broken through in the Kherson region. It said the Ukrainian army and its “superior tank units” had managed to “penetrate the depths of our defence” around the villages of Zoltaya Balka and Alexsandrovka.https://interactive.guim.co.uk/uploader/embed/2022/10/ukraine_031022_map/giv-6562VmLr3umgyTh8/

The ministry of defence spokesperson Igor Konashenkov said Russian troops had occupied what he called a “pre-prepared defensive line”. They continued to “inflict massive fire damage” on Ukrainian forces, he claimed.

His comments are an admission that Ukraine’s southern counter-offensive is dramatically gaining pace, two months after it began. Ukrainian brigades appear to have achieved their biggest breakthrough in the region since the war started, bursting through the frontline and advancing rapidly along the Dnieper River.

Kyiv gave no official confirmation of the gains. Russian sources acknowledged that the Ukrainian tank offensive had moved along the river’s west bank, recapturing a number of villages along the way, and threatening the supply lines for thousands of marooned Russian troops.

Speaking overnight, Zelenskiy said Ukraine’s 129th brigade from his home city of Kryvyi Rih had liberated the settlements of Arkhanhelske and Myrolyubivka in the northern Kherson region. The brigade’s soldiers flew a blue and yellow flag in Myrolyubivka from a shell-damaged roof.

Russian military bloggers suggested Ukraine’s advance was spectacular. They claimed Kyiv’s troops were close to Dudchany, about 20 miles (30km) south of where the front stood before the breakthrough, indicating one of the fastest advances of the war.

Anton Gerashchenko, an adviser to Ukraine’s interior ministry, posted a photo of Ukrainian soldiers posing with their flag draping a golden statue of an angel. He said it was the village of Mikhailivka, about 20km beyond their previous position. The next apparent Ukrainian target was the city of Beryslav, on the banks of the Dnieper.

In a sign of turbulence inside Russia’s army command, the head of the western military district was reportedly sacked on Monday in the wake of the recent defeats. The news outlet RBC said Col-Gen Alexander Zhuravlyov had been fired. His district is one of five that make up Russia’s armed forces. The move follows criticism over the weekend by Chechnya’s president, Ramzan Kadyrov, of Valery Gerasimov, Putin’s chief of the general staff, over the loss of Lyman.

In his latest address, Zelenskiy dismissed as a “farce” Russia’s annexation of Ukrainian territory, which includes Kherson, Zaporizhzhia, Donetsk and Luhansk provinces. Declining to mention Vladimir Putin by name, he said “someone somewhere” had recently held what he called “pseudo-referendums”.

“When the Ukrainian flag is returned, no one remembers the Russian farce with some pieces of paper,” Zelenskiy said. “Except, of course, the law enforcement agencies of Ukraine. Because everyone who is involved in any elements of aggression against our state will be accountable for it.”

On Friday, Putin held a grand signing ceremony in the Kremlin with the four Russian-picked “leaders” of the occupied Ukrainian regions. He declared the territories were Russia’s “for ever” and said he would use “all available means” to defend them – an apparent reference to nuclear weapons. The Russian State Duma – the lower house of parliament – rubber-stamped the move on Monday.

But the Kremlin’s strategy quickly unravelled in the face of embarrassing defeats on the battlefield and confusion as to where Russia’s new international “borders” actually were. Over the weekend Ukrainian troops recaptured the city of Lyman in Donetsk oblast – in theory a part of Russia.

On Monday, Putin’s spokesperson, Dmitry Peskov, failed to clarify the issue when he said: “We will continue to consult with the people who live in these areas.” This appeared to be a face-saving formula in the event – as seems likely – of further Russian military setbacks in the coming days and weeks.

In the eastern Donbas, local separatist leaders acknowledged that Ukraine’s army had crossed the administrative borders of Luhansk province, advancing from Lyman. Russia controls only about a half of Donetsk oblast. It is going backwards, seven months into Putin’s full-scale invasion.

In the eastern city of Sloviansk, there was evidence of the recent battles and continuing offensive as captured Russian armour was towed into the city. The fall of Lyman has opened the way for Ukrainian forces to advance deep into Luhansk province, threatening the main supply routes to territory Moscow captured in some of the war’s bloodiest battles in June and July.

Observers in Kyiv were cautious on Monday about the scale of Ukrainian gains in the south. They said continuous battles were going on across a flat steppe landscape. Russian troops were using tanks, mortars, and jets to fire at Ukrainian positions and were making extensive use of drones. They were trying to repair bridges across the Dnieper destroyed by Ukrainian missile strikes.

The deputy head of Russia’s puppet administration in the Kherson region, Kirill Stremousov, acknowledged the Ukrainian army was advancing. But he added that “everything is under control”. He recorded a video standing next to a reed-lined riverbank, with Kherson’s Antonivskyi Bridge visible behind him.

Stremousov said: “We are on the ground and continue to take care of the citizens of the Russian Federation of the Kherson region. We are now Russia and everything will be fine.”https://interactive.guim.co.uk/uploader/embed/2022/10/ukraine_annex_0310_map/giv-6562YX2swG9R8aAe/

Speaking on Russian TV, his boss, Vladimir Saldo, admitted things were not entirely going to plan. “It’s tense, let’s put it that way,” he said. Saldo took part in Friday’s ceremony in the Kremlin, shaking hands with Putin. On Monday, the Duma rubber-stamped the “annexation treaty”.

Zelenskiy’s senior advisers have humorously pointed out the absurdity and surrealism of Russia “annexing” territory, while at the same time losing control of it. Oleksiy Arestovych tweeted on Monday that “more and more settlements” were “rapidly withdrawing from the Russian Federation”. He added: “Now in the Kherson direction.”

Russia occupies only about 30% of the Zaporizhzhia region. This includes the Zaporizhzhia nuclear power plant but not Zaporizhzhia city, the main urban centre. Social media channels suggested Russian troops have recently stopped civilians from leaving via a crossing point to Ukrainian government-run territory, with hundreds of cars stuck.

In the north-east of the country, Ukraine was close to liberating all of the Kharkiv region after a counter-offensive which began last month. The Russian frontline is in the east of the oblast not far from the town of Kupiansk and was said to be collapsing. Ukrainian troops liberated several villages including Shyykivka.

They were reportedly moving east and along the right-bank of the Oskil River towards the border with Luhansk oblast and the city of Svatove. One unverified report said Russian soldiers had abandoned their positions in a large forest area without a fight, and were fleeing.

The International Atomic Energy Agency said Russia had freed the head of the Zaporizhzhia nuclear power station. Ihor Murashov disappeared on Friday while on his way to work at the plant, which Russian troops have occupied since March. A Russian patrol abducted him.

The Kremlin has been coercing Ukrainian employees to sign new contracts with Rosatom, its state nuclear agency. The IAEA says it had received confirmation Murashov “had returned to his family safely”.

Russia still occupies about 15% of Ukraine, including Crimea. But since September the Ukrainians have reclaimed large chunks of land, via twin counter-offensives in the north-east and south. It remains to be seen if Russia’s mass mobilisation at home will change this equation.