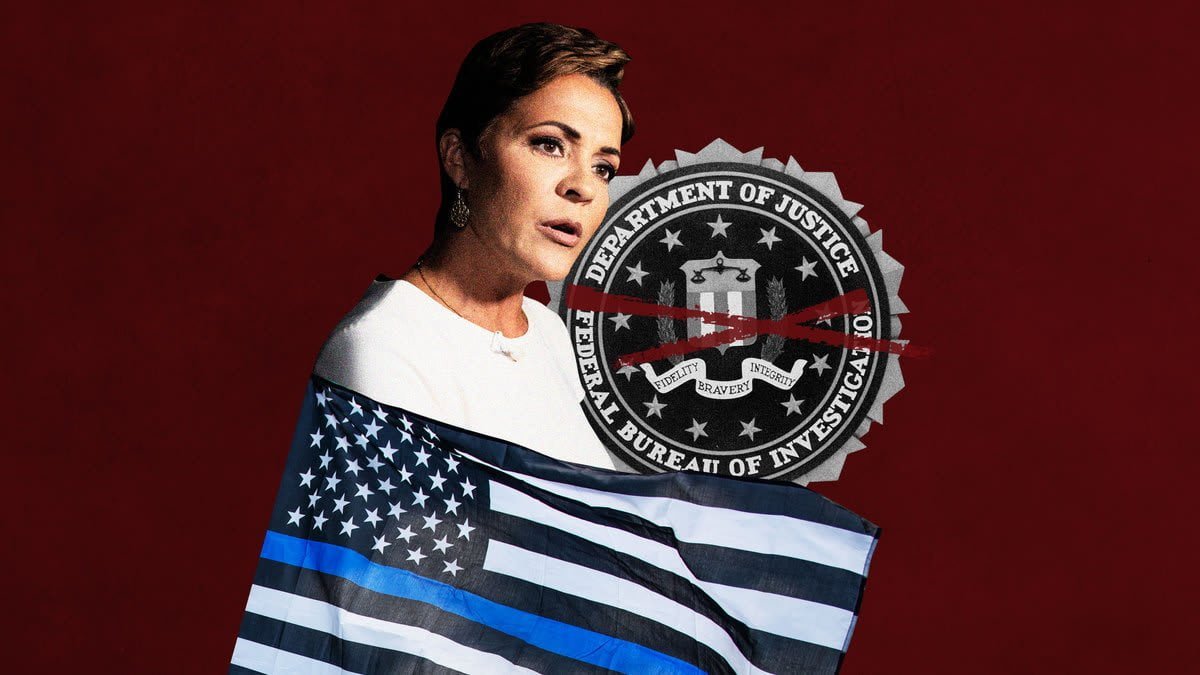 Thats right folks. Kari Lake, Law Enforcements friend to the end has a hired a staffer, Kenneth Ulibarri, for Latin American engagement who was formerly involved in drugs, specifically heroin and cocaine distribution, and who once plotted to kill an undercover federal informant. I’m sure that the drug cartels were happy for the hire as they thought the access to Lake was “worth it” in the end.

These right wingers are all about telling the public just how these dirty sleazy drug dealers and druggies are destroying America, but they will gleefully hire them to do work for them on the backend without as much as a whimper. Of course they have to have the requisite belief systems in place to be hired. You know, they have to know the Q-anon lingo, be anti-maskers, anti-vaxxers and against CRT and all that bullshit which Ulibarri quickly knew how to fulfill.

I guess purple hair means you’re gay or some such thing.

Arizona Republican governor candidate Kari Lake has made her support for law enforcement a centerpiece of her campaign—but her campaign also employs an interesting character: a convicted criminal who pleaded guilty to battery against a peace officer and who once plotted to kill an FBI informant.

The staffer, Kenneth Ulibarri, previously campaigned with Lake, Salon reported in February. But his official status with the campaign was not known until now. Ulibarri confirmed in a Tuesday phone call with The Daily Beast that the Lake campaign had hired him to manage its “Latino Engagement” efforts.

A man who answered at the phone number listed on Ulibarri’s official campaign ID badge said he was Kenneth Ulibarri and confirmed, only speaking in Spanish, that he handled Latino Engagement for the Lake campaign. They had hired him for that job “several months ago,” he said, then hung up.

While Ulibarri told The Daily Beast he didn’t speak English well, that isn’t true. He was featured at Lake’s first campaign rally last July, where he joked that his accent came from the land of his birth—“the liberal cesspool of New Mexico.”

He then denounced in that speech “liberal policies that are destroying our country,” including mask mandates, critical race theory, and a college education where kids “come back with purple hair and gay.”

“This country is headed down a dark path, and it’s up to us to stand up and get it on the right path,” Ulibarri told the crowd, invoking his story as a drug addict turned small business owner and youth advocate as a lesson in the power of religious redemption. Lake stands for “everything that I hold near and dear to my heart,” he said.

The Lake campaign did not reply to a request for comment.

The Salon report laid out Ulibarri’s violent criminal history, including targeting law enforcement, which The Daily Beast has independently confirmed through state and federal court records.

According to a superseding federal indictment, the Justice Department alleged in 2014 that Ulibarri had “attempted to kill” an FBI informant to stop the informant from testifying at a cocaine distribution and money laundering trial. Ulibarri later admitted in a plea agreement that he had in fact told an undercover FBI informant—while trying to sell him heroin—that Ulibarri knew that the first informant was working for the feds and that he and others “were hiring a hitman to kill” him, for $20,000.

Ulibarri claimed in his agreement that he had not been serious about the murder plot, but was only using it to try to get more money out of his supposed heroin client.

He added that he told the first informant that, if he wanted to chip in to the effort, he could pay off some of the money “after the hit.” At the direction of FBI agents, the informant then paid Ulibarri $1,000 and told him “it was CHS1’s contribution towards the hitman,” promising to “pay the remaining amount later on,” Ulibarri wrote in the agreement.