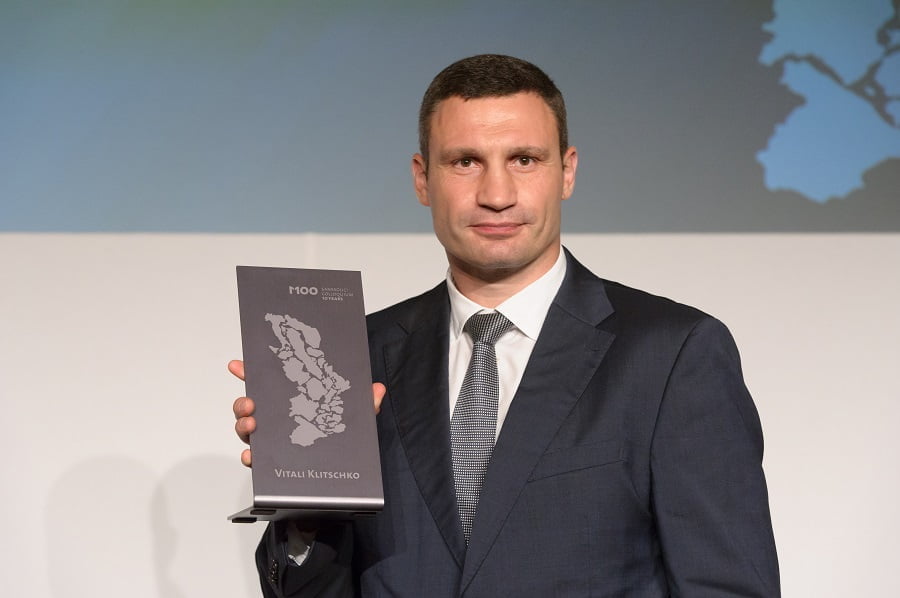 No other nation has demonstrated the value of freedom so passionately in recent months, said the board of the German M100 Media Award. Volodymyr Klitschko will receive the award on behalf of the people of Ukraine on September 15.

The prestigious German media award “M100 Media Award” was awarded to the people of Ukraine “for courage and resilience in the fight against the Russian invasion “.

The award board said on Tuesday, September 6, that “no nation in the world has demonstrated so passionately the value of freedom in the last few months.” Ukraine has been waging a “heroic struggle for its values” and defending them “day after day” for many months, the statement said.

The award ceremony will take place on September 15 in Potsdam. Former boxer Volodymyr Klitschko, brother of Kyiv mayor Vitaliy Klitschko, will receive her as the “voice from Kyiv” on behalf of the Ukrainian people. The speech will be delivered by US Ambassador to Germany Amy Gutman and former President of the European Council Donald Tusk. In addition, German Chancellor Olaf Scholz will make a political speech at the ceremony.

This prize has been awarded since 2005 for a contribution to the protection of media freedom and freedom of speech, as well as to the strengthening of democratic principles and mutual understanding in Europe. Last year, its laureate was Russian opposition leader Oleksiy Navalny, who was sentenced to a long term of imprisonment, and the Anti-Corruption Foundation he founded. In different years, the former Minister of Foreign Affairs of Germany Hans-Dietrich Genscher, the founder of the Doctors Without Borders organization, the general director of the Russian TV channel “Rain”, and the French magazine Charlie Hebdo received the award.

In May, the US non-governmental analytical center for the study of international relations and international security problems, the Atlantic Council, awarded the entire people of Ukraine “For outstanding leadership”. The prize was awarded to Ukrainians “for steadfastness and courage in resisting the Russian invasion.” The whole nation became a laureate of the Atlantic Council for the first time.

The day before, the Pulitzer Prize honored all Ukrainian journalists. They received a special award, or thanks, “for their courage, endurance, and dedication to truthful reporting during Vladimir Putin’s merciless invasion of Ukraine.” It is one of the world’s most prestigious awards in the field of journalism, which has been presented annually since 1917.