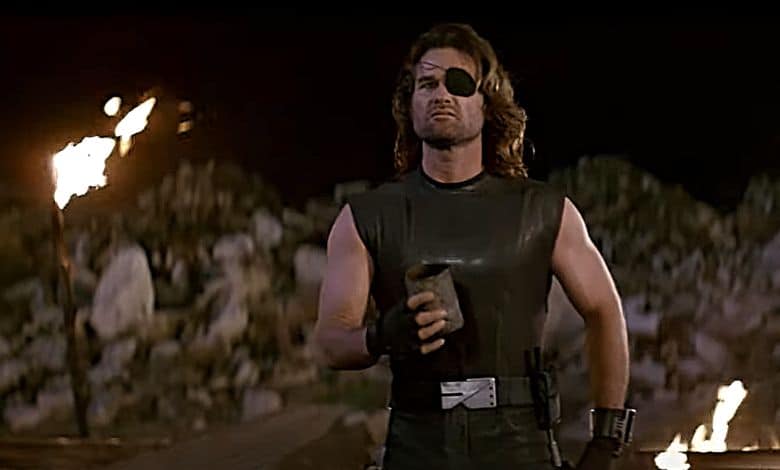 It appears that this story is continuing with many liberals seeing the writing on the wall and trying to Escape From New York USA. What many truly fear is that if Trump is re-elected then all hell will break loose in the United States. And I truly agree that the USA will be a real shit hole under a second Trump administration.

For years, David Lesperance, an immigration attorney who helps wealthy Americans obtain second citizenships, saw a similar type of client: millionaire MAGA-heads, Silicon Valley libertarians, new-money crypto investors—basically, rich guys who wanted out of the U.S. tax system. But in recent months, he’s seen an increase in a surprising clientele: moneyed liberals who are terrified about the political future of the country and want an escape plan.

“I was on vacation two weeks ago, I answered emails and I set up phone calls for when I came back,” Lesperance said. “In the last week I had nine new inquiries. Typically I may get one or two a week.”

So-called “golden visas” have become a white-hot status symbol among the ultra-rich in recent years. Some 30 countries now offer citizenship or residency by investment, which allows individuals to live and work in a foreign country simply by spending a lot of money there—a second citizenship starts at several hundred thousand dollars and stretches to several million. For a time, the clientele was also fairly conservative, driven by fears of a pending liberal “wealth tax” or—for the tech bros—a pending IPO that would result in a massive taxation event. Now, however, the demographics have begun to shift dramatically.

Lesperance says he saw a nine- to ten-fold increase in liberal-leaning clients this summer, driven by everything from the mass shooting in Uvalde to the Supreme Court decision overturning Roe v Wade. Mel Warshaw, a tax attorney who occasionally partners with Lesperance on these cases, confirmed an increase. And Eric Major, the CEO of residency and citizenship firm Latitude, said he first saw a surge in Democratic clients after the siege on the Capitol in January 2021.

“There are people who are convinced that this country is filled with lunatic Christian fundamentalists and good old boys from the South, and [that] that’s what we’re going to become. And so they’re making plans,” said Marc Hyman, founder of E-2 Visa Solutions, who observed the same pattern among liberals. “A lot of people have a second citizenship as a Get Out of Jail Dree card or as a life raft in case America becomes unlivable… and, you know, the shrimp is no longer cold in the Hamptons.”

Citizenship by investment schemes started with people trying to get into the United States, not out of it. Canada introduced the first such program in the 1980s, hoping to attract wealthy, talented individuals into the country. The United States, Britain, Australia, and New Zealand soon followed. Those were investors’ main options until the global financial crash of 2007, when European countries launched similar schemes to boost their economies.

Major, the CEO of Latitude, said most of his clients in the early days were Hong Kong businessmen worried about a Chinese takeover. Then, as China became a global economic powerhouse, more and more wealthy clients there started securing his services to move abroad.

“They were generating huge amounts of wealth, and in case something went wrong or there were political changes, they were looking at it from an asset protection point of view,” added Glen Craig, of Stanford Knight & Partners, who saw a similar trend.

The Arab Spring in 2008 also brought a wave of interest from millionaires in the Middle East looking to relocate to Europe or North America. The stereotype of a golden visa recipient still mirrors these trends—that of an ultra-rich tycoon from a politically unstable or autocratic nation. Vito Magagnino, CEO of the Swiss firm Mirabello Consultancy, described a former client in the Gulf who drove a golden Rolls-Royce. During their first meeting, the client forgot to bring his original birth certificate, so an assistant was dispatched to take a three-hour private jet flight to retrieve it, he said.

Not every applicant is quite that wealthy. Major gives his clients three different investment options, depending on their income level. For clients worth about $2 million, the easiest choice is the Caribbean, where a family of four can secure citizenship for less than $200,000. For those with a net worth in the tens of millions, there is Malta, which gets investors access to all of the European Union for just $1 million. And for the ultra-wealthy client looking for something even more prestigious, there is Austria, which allows a small number of individuals per year to claim citizenship by bringing “a significant contribution” to the country’s economy—usually to the tune of more than $3 million.

Despite forking over a significant amount of cash, most people seeking second citizenships aren’t looking to immediately relocate. Instead, experts say, they’re simply looking for a fallback plan.

“The vast majority of clients… get it because it’s an insurance policy. It’s a Plan B,” said Dominic Volek, head of private clients for the investment migration consultancy Henley & Partners. “Wealthy people, they want the option.”

It helps, of course, that many foreign nations have temptingly low tax rates—though dodging Uncle Sam isn’t as simple as fleeing the country. The U.S. is one of few nations that taxes citizens who live abroad, meaning that Americans typically must renounce their citizenship to enjoy the full benefits of a tax haven.

No surprise, then, that more people are planning to do just that.

“I would say one out of five clients that I’ve spoken to out of the U.S. in the last two years has told me that they’re planning on renouncing their citizenship in the next five to 10 years,” said Armand Tannous, vice president at Apex Capital Partners.

The surge in Americans looking for second citizenships started in 2020. Most of the citizenship-by-investment firms that spoke with The Daily Beast said they previously had only a negligible number of U.S. clients. Now, according to Patricia Casaburi, the CEO of Portugal-based Global Citizen Solutions, the majority of her clients come from the United States. Volek said the volume of American clients at London-based Henley & Partners increased more than 400 percent in 2020, making it the company’s largest market by far. They are now in the process of opening their first offices in Miami, New York, and Los Angeles.

The initial driver of this trend, several experts agreed, was the pandemic. Many countries banned U.S. travelers for a period, owing to its poor handling of the virus, and wealthy Americans started to see their U.S. passport as a hindrance. At the same time, more companies started operating remotely, making it possible to split time between two or more countries even while working.

Jason Swan, senior partner at Holborn Assets, recalled a rich couple with a daughter who worked in tech and didn’t “want to be tied to any one particular country.” By obtaining a pair of golden passports, Swan said, their daughter would immediately get a visa as well.

But the trend really entrenched itself around the time of the 2020 presidential election. There were a few conservatives who reached out with concerns about a Biden-era wealth tax, experts said, but they were far overshadowed by liberals terrified by Trump’s attempt to discredit the election. Their fears only increased after Jan. 6, 2021, when five people died in an unprecedented siege on the Capitol.

Even after Biden entered office, liberals found no shortage of things to fear. Major saw a surge in clients concerned about raising a family in the U.S. after the Supreme Court overturned Roe v Wade. Warshaw is currently helping relocate an individual who doesn’t want his children to experience a school shooting or have to go through mass-shooter drills. And with Biden’s poll numbers dangerously low and the presidential election looming, some liberals are reaching out for fear of Trump being reelected in 2024.

“A year or two ago, these people weren’t coming to me,” Warshaw said. “But now, the floodgates are beginning to open.”

Not all of these clients are traditional liberals. Some, Lesperance said, are moderates or Republicans who disagree with the direction of their party under Trump. One couple he works with are a pair of civil servants who served under both the Obama and Bush administrations, and were troubled by Trump’s recent promise to drain Washington of “rogue bureaucrats.” They feel, Lepserance said, like they have “a target on [their] backs.”

What all this means for the country isn’t entirely clear. Few of these firms’ clients have actually left the United States; most see it as a kind of security blanket. But some of the advisors think the trend illustrates the larger fraying of democratic institutions, and of citizens losing faith in their country.

The main emotion Major senses from his clients, whether they come from Connecticut or California, is nervousness, he said.

“America is known for its confidence,” he said. “Right now it doesn’t have much of it.”